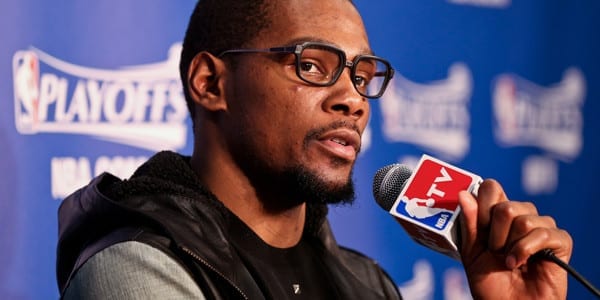 Takeaways From Game One

The Raptors extended their win and cover streak to five games after they took it to the two-time defending champions in the first frame of the NBA Finals. Closing at the same number Game Two is currently offered at (Toronto as two-point favorite), the Raptors defeated the Warriors by a score of 118-109 in the Great White North on Thursday. In our Game One write-up, we were on-board with We The North despite much of the public taking a liking to the points with the W’s.

How the Public is Betting Two

Presently, 60% of the consensus like the Warriors here as a two-point underdog. Nevertheless, the Raptors opened as a 1.5-point underdog but the line has since moved upward by half of a point to where Toronto is now a two-point favorite.

The Raptors have now extended their winning streak over Golden State to three games after picking up the win in Game One. As a result, Toronto has improved to 6-2-1 ATS in their last nine meetings with Golden State.

Injuries continue to be a factor for the reigning and defending champs. In Game One, the Warriors saw the return of Center DeMarcus “Boogie” Cousins who played a minimal eight minutes and added just 3 points. Then of course there is the question mark surrounding all-NBA Forward Kevin Durant and his return to the line-up. KD has been side-lined since Game Six of the Western Conference Finals with a strained right calf and is listed as doubtful for Game Two. Veteran Forward Andre Iguodala is listed as questionable for Game Two as he battles soreness in his left leg. Iggy is a cornerstone of this Warriors team as his leadership and defensive play have been instrumental in both the playoff run and the Golden State dynasty as a whole. Should both Durant and Iguodala be unavailable, Centers Kevon Looney and Jordan Bell will both be plucked from the bench to fill those holes. Bell played 11:38 in Game One and contributed two points, three rebounds, and an assist while Looney played for 28:20 and offered up nine points, three bounds, a steal, and an assist in his own right.

Rest may have been a factor in Game One for the Warriors as they had an extensive lay-over before taking the hardwood (nine days to be exact). As it is, Golden State had four more days off compared to their counterparts which made them more prone to enter flat and rusty. Moreover, Golden State has also played their last three on the road and had to make the trek north of the border from the West Coast, whilst the Dinos stayed home and haven’t left Toronto since May 23rd. All of these variables were likely influential in Golden State’s lack-luster performance in Game One. Both teams will be playing this match on three-days rest and I’d like to believe the Warriors have had adequate time to get their act together. After Game Two, which scored us one for the win column, the Warriors will host Game Three and Four in Oakland starting on Wednesday.

In our Game One write-up, we cited Toronto’s ability to contain the top-scoring Milwaukee offense down the back-stretch of the Eastern Conference Finals. In their follow-up against a Golden State team that finished the regular season averaging 117.7 points per game (2nd in the NBA), the Raptors defense was able to follow suit and hold the Warriors to 109 points. On another significant note, the Warriors had an “off-night” in terms of shooting. Golden State hit just 43.6% of their field goal attempts which by their standard is considered quite low. The Warriors are regarded by many as the greatest shooting team in NBA history and finished the season hitting an incredible 49.1% of their attempts. Golden State will undoubtedly need to shoot up to par if it wishes to level the series. Moreover, Golden State turned over the basketball 17 times to Toronto’s ten. This will also need to be addressed if the Warriors hope to avoid a 2-0 deficit.

Does Toronto Have Another Weapon Besides The Klaw?

Heading into Game One, all the spotlights were on Toronto Forward Kawhi Leonard who has been simply nothing less than spectacular throughout the Raptors’ post-season run. However, the star of Game One was in fact his running mate, Forward Pascal Siakam. Pascal was powerful as he produced 32 points, eight rebounds, five assists, a steal, and even two blocks to boost the Raptors to a 1-0 lead in the NBA Finals. The emergence of Siakam certainly forces Golden State to take their focus off of “The Klaw” as they have to deal with another potent threat now besides Kawhi. A key for Toronto is whether Siakam can repeat his production in Game Two and whether or not the Raptors can duplicate a stellar 50.6% field goal efficiency. These are big question marks surrounding the Toronto camp.

As mentioned, whether or not Toronto can shoot as well as it did in Game One is a huge concern for me. With all things considered, if Toronto can win by just nine points on what was a stellar shooting night for them combined with a “cold night” for the Warriors, it leads me to believe that should Golden State get its groove back in Game Two, the Dinos could be in tremendous trouble here. Warriors Coach Steve Kerr will circle the wagons and we will see a much better performance offered up by Golden State regardless of who takes the floor. Lest we forget, the Warriors know how to handle adversity. This is a team that locked horns with the game’s greatest player for four consecutive years in the NBA Finals and bested him in three of those occasions. Furthermore, all we have to look at is how Golden State handled overcoming large deficits on the road in Games Three and Four in a very hostile Portland. The Warriors are a dynasty for a reason and they’ll be sure to remind Drake and the rest of the Great White North in Game Two. I’ll pass on the bucket and take the Warriors outright on the Money Line at +110.