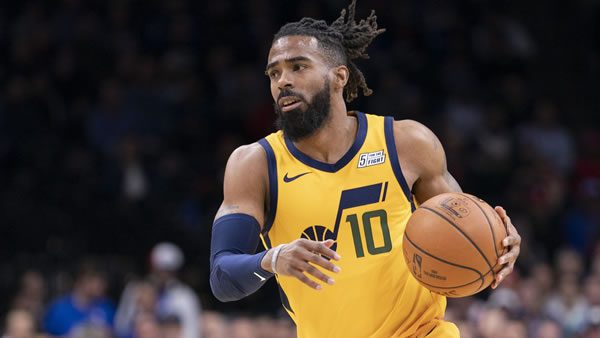 So far, the Grizzlies have put together an overall record of 4-1, while going 2-2-1 vs the
spread. Against the Jazz, the Grizzlies are looking to add to their current 2 game-winning
streak. The team has an average scoring margin of 12.5 in these matchups.

In their previous game, the Grizzlies took down the Kings by a score of 125-110. Not only did
they come away with a straight-up win, but they also covered the spread as 3 point favorites.
Memphis was able to maintain control throughout the game, as they outscored the Kings in each
quarter. Leading the team in scoring was Desmond Bane, as he contributed 31 points while hitting
61.1% of his shots.

Utah is trying to bounce back from a 117-101 loss to the Nuggets. Going into this game, the
team was 8 point underdogs on the spread, giving them an ATS loss. Utah struggled throughout the
game, as they were not able to chip home at a 13-point halftime deficit. In the loss, Lauri
Markkanen led the team in scoring with 17 points on a field goal percentage of 50.0%.

Last season, the Grizzlies finished with the leg up in their head-to-head games vs Utah, going
2-1. When they played the Jazz on the road, the teams split the games. Similar to their
season-long average, the Grizzlies averaged 117.67 points per game vs the Jazz. Just like the
Grizzlies, the Jazz maintained their usual level of scoring in head-to-head matchups, averaging
116.0 points per game vs Memphis. Across the previous 5 head-to-head meetings between the teams,
both Memphis and Utah have an ATS record of 2-2-1. The Jazz hold the edge in average point
differential at +3 points per game. Over the course of these games, they averaged 233 points per
game, leading a 5-0 over-under record.

Coming into today’s action, Memphis is averaging 119.8 points per contest. This figure places
them 3rd in the league. The Grizzlies come into the game as one of the league’s better 3-point
shooting teams, connecting at a rate of 15.0 made 3’s per game. A key to the teams offensive
success is their ability to avoid turning the ball over. So far, Memphis is ranked 5th in fewest
turnovers per game.

On the defensive end of the floor, the Grizzlies are giving up an average of 109.93 points per
game, good for 12th in the NBA.

Ja Morant could be in line for a big game vs the Jazz as they were one of the worst units at
defending point-guards in the 2021-2022 regular season.

For the season, the Jazz offensive unit is ranked just 14th in scoring at 115.8 points per
contest. The Jazz come into the game as one of the league’s better 3-point shooting teams,
connecting at a rate of 13.8 made 3’s per game. In addition to their strong outside shooting
numbers, the team is playing at one of the fastest paces in the NBA, averaging 103.3 possessions
per contest.

On the defensive end of the floor, the Jazz are giving up an average of 107.57 points per
game, good for 10th in the NBA.

Leading scorer Lauri Markkanen will need to be on top of his game vs the Grizzlies, as they
were on the NBA’s top teams at limiting the scoring of opposing power-forwards.