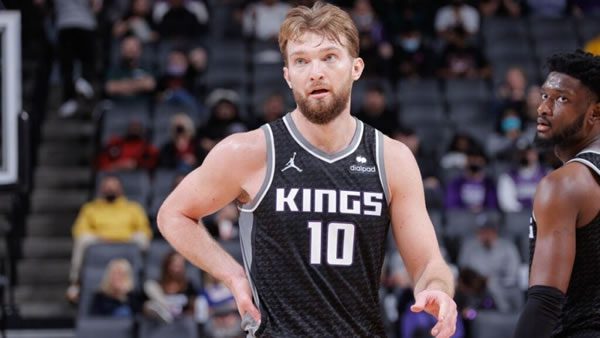 In their previous game, the Grizzlies took down the Nets by a score of 134-124. Not only did
they come away with a straight-up win, but they also covered the spread as 1 point favorites.
Memphis actually trailed the Nets by 5 before putting themselves on top with a strong 3rd quarter
performance. Going into the final period, the team led by 12. Leading the team in scoring was
Desmond Bane, as he contributed 38 points while hitting 66.7% of his shots.

So far, the Kings have put together an overall record of 0-3, while going 1-1-1 vs the spread.
Sacramento will take the court, having lost 3 straight games. On average, they have lost these
games by 3.5 points per game.

The Kings will be looking to bounce back from a 130-125 loss to the Warriors. In terms of
betting, Sacramento entered as 10 point underdogs, giving them an ATS win. In the loss,
Sacramento got off to a slow start, trailing by 18 points going into halftime. Leading the team
in scoring was De’Aaron Fox, as he contributed 26 points while hitting 55.0% of his shots.

Last season the Grizzlies did a good job on the road in their meetings vs the Kings, going
2-0. This led to an overall series record of 3-0. In last year’s head-to-head meetings, the
Grizzlies averaged 126.33 points per game vs Sacramento, which was an increase over their
season-long average. However, the Kings actually averaged fewer points per game than their
season-long mark. Across their head-to-head matchups with Memphis, the team averaged 102.67
points per game. The Grizzlies have had the better record vs the spread over the last 5 games,
going 3-2. The team’s average scoring margin in these contests sits at 16 points per game. In
these contests, they averaged a combined 224 points per game, leading to an over-under mark of
3-2.

This season, the Memphis offense is ranked 18th in the NBA in scoring at 118.5 points per
game. The Grizzlies come into the game as one of the league’s better 3-point shooting teams,
connecting at a rate of 15.2 made 3’s per game. Memphis is a strong candidate to see their
overall offensive numbers improve, as not only are they a good outside shooting unit, but they do
a good job taking care of the ball.

Defensively, Memphis has had its problems giving up an average of 114.94 points per game
(26th).

Leading scorer Ja Morant will need to be on top of his game vs the Kings, as they were on the
NBA’s top teams at limiting the scoring of opposing point-guards.

Through 3 games, the Kings are averaging 114.0 points per contest, placing them 29th in the
NBA. Coming into today’s game, the Kings will be looking to improve their 3-point shooting
numbers, as they are averaging just 14.0 made 3’s per game. Not only is the Sacramento offense
struggling with their outside shot, but they are also getting to the charity stripe at a
below-average rate. So far, they are the 29th ranked team in made free throws per contest.

Currently, the Kings’ defense is ranked 23rd in points allowed. So far, opposing teams are
averaging 113.04 points per game vs the unit.

Leading scorer De’Aaron Fox will need to be on top of his game vs. the Grizzlies, as they were
on the NBA’s top teams at limiting the scoring of opposing point guards.

Grizzlies are 10-3 ATS in their last 13 road games vs. a team with a
losing home record.

Grizzlies are 19-7 ATS in their last 26 games vs. a team with a losing straight up
record.

Grizzlies are 10-4 ATS in their last 14 games playing on two day’s rest.

NBA basketball betting is all about line value. The Kings may have a sketchy overall win-loss
record, but will provide some of the best value in the league during the first quarter of the
season. This team is getting better every week! The public is hammering the Memphis Grizzlies,
but the line isn’t going anywhere. The house loves their position on the Kings and so do I! I’m
betting Sacramento plus the points!