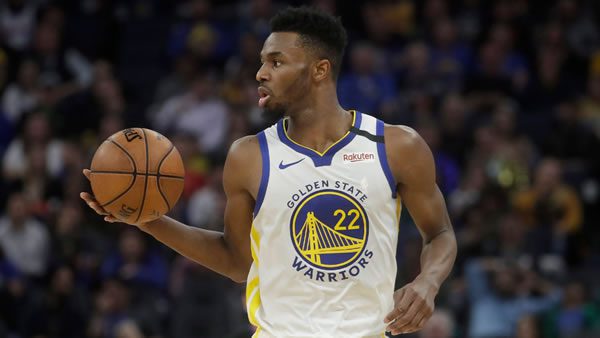 Heading into the game, Memphis is 31-16 overall. When taking to the road, Memphis has a mark of 11-13 and a win percentage of 46%. Currently, the team is 2nd in the Western Conference. So far, they are 22-23-2 vs. the spread. Memphis travels to take on the Warriors, hoping to avoid their 4th straight loss.

In their most recent game, Memphis was unable to come away with a victory against the Kings, losing by a score of 133-100. Despite Desmond Bane leading the team with 21 points, the Grizzlies were unable to overcome their status as 3-point underdogs. The Grizzlies also ended up with an ATS loss in the game.

In their most recent matchup, the Nets defeated Golden State with a score of 120-116. Stephen Curry scored the most points for the team with 26, but it was not enough to earn the win. The Warriors were 8 points ahead going into the game.

In the most recent matchup between the two teams, the Warriors picked up the win 123-109 win over the Grizzlies. Heading into the game, Golden State was the 7.5-point underdogs, giving them an ATS win. This has been the only matchup between the two teams this season. The ATS record across the previous five head-to-head meetings is 3-2 in favor of the Warriors. In these matchups, Golden State has averaged 114 points per game while allowing 109. Memphis and Golden State averaged a combined 223 points per game in these games, leading to an over-under mark of 2-3.

This season, Memphis is among the league leaders in scoring, averaging 117.0 points per game. So far, the Grizzlies are also one of the more up-tempo teams in the league, sitting at 101.6 possessions per game. Memphis’ 3-point shooting numbers are below the league average, as they have hit just 34.9% of their looks from deep. On average, the team gets up 32.9 3-point shots per game, placing them 18th in the NBA. Defensively, the Grizzlies have been one of the best units in the NBA, allowing just 109.9 points per game. So far, they have done an excellent job defending the 3-point arc, allowing teams to hit just 34.88%.

Ja Morant is the top scorer for Memphis, averaging 27.2 points per game. This season, his field goal percentage is 46.4%. The team’s second-leading scorer is Dillon Brooks, with an average of 15.9 points per game.

This season, Golden State is among the league leaders in scoring, averaging 117.6 points per game. So far, the Warriors are also one of the more up-tempo teams in the league, sitting at 102.5 possessions per game. Golden State’s offensive attack has benefited from some hot shooting from outside. Not only are they among the league leaders in 3-pointers attempted per game, but they are 6th in 3-point shooting percentage at 37.7%. Defensively, the Warriors have been one of the best units in the NBA, allowing just 105.46 points per game. So far, they have done an excellent job defending the 3-point arc, allowing teams to hit just 33.9%.

Coming into today’s game, Jordan Poole is the leading scorer for Golden State at 21.2 points per game. This season, Poole has a field goal percentage of 43.6%. The team’s second-leading scorer is Stephen Curry, at 29.2 points per contest.

The Warriors are catching the Grizzlies at the right time. Not only has Memphis lost three straight, but they have them at home, where Golden State has gone 17-6 this season. I like Golden State to cover in this one. Bet your NBA picks for FREE this week by scoring a 50% real cash bonus up to $250 by playing at the web’s best sportsbook! It’s where we play! —-> Bovada Sportsbook (Live wagering platform is INCREDIBLE!)