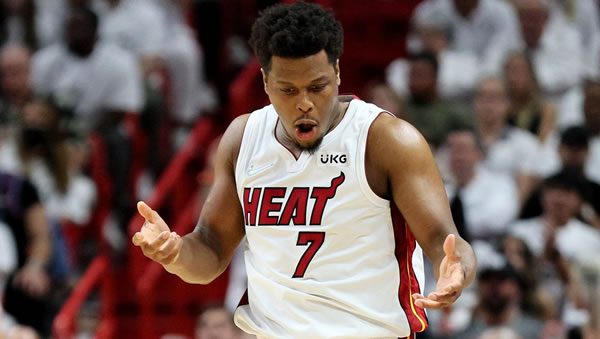 Miami most recently lost to the Lakers by a score of 112-109. The team high 30 points from Bam Adebayo was not enough to come away with the win. The Heat were 8-point favorites going into the game.

Heading into the game, Phoenix is 20-19 overall. When playing at home, Phoenix has a mark of 14-5 and a win percent of 74%. Currently, the team is 8th in the Western Conference. So far, they are 19-18-2 vs the spread. The Suns need a win in today’s matchup vs Miami to avoid their 5th straight loss.

In their most recent matchup, the Cavaliers defeated Phoenix with a score of 90-88. Chris Paul scored the most points for the team with 25, but it was not enough to earn the win. The Suns were 5 points ahead going into the game.

In the most recent game between the two teams, the Heat picked up a 113-112 win over the Suns. However, heading into the game, Miami was favored to win by 2.5 points, giving the Suns and ATS victory. This has been the only matchup between the two teams this season. In terms of betting, Phoenix has an ATS record of 4-1 in the previous 5 matchups vs Miami. This mark has come on an average scoring margin of +5 points per game in favor of the Suns. In these contests, they averaged a combined 209 points per game, leading to an over-under mark of 2-3.

This season, Miami is averaging just 109.0 points per game, which places them 30th in the league. A major reason for these low numbers is the fact that they play at one of the slower paces in the NBA, at just 97.3 possessions per game. The Heat have been able to put together a strong offensive attack despite sitting just 23rd in 3-point shooting percentage. Overall, they are among the league leaders in attempts at 36.4 attempts per game. Defensively, the Heat have been one of the best units in the NBA, allowing just 105.6 points per game. So far, they have done an excellent job defending the 3-point arc, allowing teams to hit just 34.0%.

This season, the Suns’ offense is averaging 113.5 points per game, which is 16th in the NBA. In terms of pace, Phoenix has been playing at one of the slower tempo’s in the league, averaging just 97.2 possessions per game. The Suns have been able to put together a strong offensive attack despite sitting just 3rd in 3-point shooting percentage. Overall, they are among the league leaders in attempts at 34.3 attempts per game. Defensively, the Suns have been one of the best units in the NBA, allowing just 107.33 points per game. So far, they have done an excellent job defending the 3-point arc, allowing teams to hit just 33.88%.

An important injury to consider for today’s game is that Phoenix will be without Devin Booker, who is listed as out on the injury report. Deandre Ayton will assume the role of primary scorer for the team. This season, Ayton has been averaging 17.4 points per game for the Suns.

The Suns have dropped four games in a row. The Heat are 4-2 in their last six and playing good basketball. In fact, while watching their last game, I actually thought about getting down a futures bet on the Heat because they have all the pieces to win it all if they can stay healthy. I’m laying the point and betting Miami as my biggest and best bet of the day! Question: Did you know that you could be wagering on games at -105 instead of -110? Imagine how much money that would save you! Quit pissing away your hard earned loot and start betting your NBA predictions at discounted odds at BetAnySports Sportsbook!