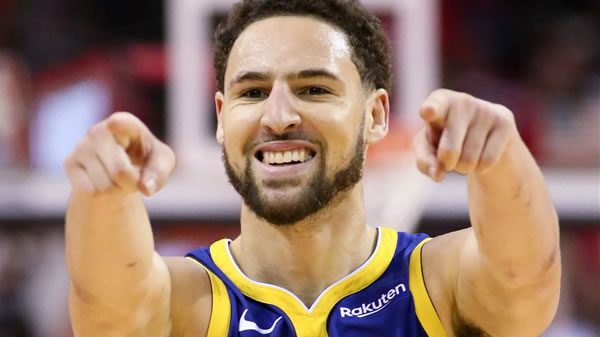 The Clippers come into today’s matchup with an overall record of 11-7. So far, the team has gone 10-7-1 against the spread. Across the Clippers’ three-game win streak, they have an average scoring margin of 11.33 points per game.

In their previous game, the Clippers took down the Jazz by a score of 121-114. Not only did they come away with a straight-up win, but they also covered the spread as 2-point favorites. Los Angeles only let the Jazz marginally cut into their 10-point halftime lead. In the win, Norman Powell led the team in scoring with 30 points on a field goal percentage of 66.7%.

So far, the Warriors have put together an overall record of 8-10 while going 6-12-0 vs. the spread. Against the spread, Golden State has a mark of 1-2. Straight up, their record is 2-1 in these games.

Not only did the Warriors drop their last game to the Pelicans. But they also picked up an ATS loss, as they fell by a score of 128-83 as 10-point underdogs. In the defeat, Golden State did not outscore the Pelicans in a single quarter. In the loss, Jordan Poole led the team in scoring with 26 points on a field goal percentage of 50.0%.

Through 18 games, Los Angeles averages 106.1 points per game (30th). Coming into today’s game, the Clippers will be looking to improve their 3-point shooting numbers, as they are averaging just 11.6 made 3’s per game. Not only is the Los Angeles offense struggling with their outside shot, but they are also getting to the charity stripe at a below-average rate. So far, they are the 25th-ranked team in made free throws per contest.

Defensively, the Clippers are one of the top-performing units in the league, giving up 108.39 points per contest (11th).

Los Angeles will be counting on Norman Powell to put together a strong scoring performance vs. the Golden State, as Paul George has been ruled out for today’s game. So far, George leads the team in scoring at 23.62 points per game. Powell is 2nd on the team at 13.72 points per contest, which sits 104.0th in the NBA. In his 18 games, he has hit 46.0% of his field goal attempts and is grabbing 2.61 rebounds per game.

The Golden State offense will take the floor in today’s game, with the league’s 7th-ranked offense at 115.7 points per game. The Warriors come into the game as one of the league’s better 3-point shooting teams, connecting at a rate of 15.8 made 3’s per game. The Warriors’ offense could be a candidate to see their overall numbers improve as they are not only a strong 3-point shooting unit but are an above-average team in terms of pace.

Against the Clippers, the Warriors will look to continue their strong defensive play. For the year, they are the 3rd ranked unit at 105.46 points per game.

This season, the Warriors’ offense has primarily worked through Stephen Curry and Andrew Wiggins, who are 1st and 2nd on the team in scoring. In his 16 games, Curry is 3rd in the NBA at 32.25 points per game. So far, he and Wiggins have accounted for 39% of the team’s field goal attempts while combining to average 50.62 points per contest. In addition to sitting 2nd on the team in scoring, Andrew Wiggins is grabbing 5.56 rebounds for Golden State to go along with 2.12 assists.

The general betting public is hammering the Warriors heavily, yet the line has gone up a half point at some online sportsbooks. G.S. possesses one of the best home-court advantages in the league and is our pick to win and cover Wednesday night. Bet your Thanksgiving Day NFL predictions for FREE by scoring a 100% real cash bonus up to $300 by entering bonus promo code PREDICT100 at MyBookie Sportsbook!