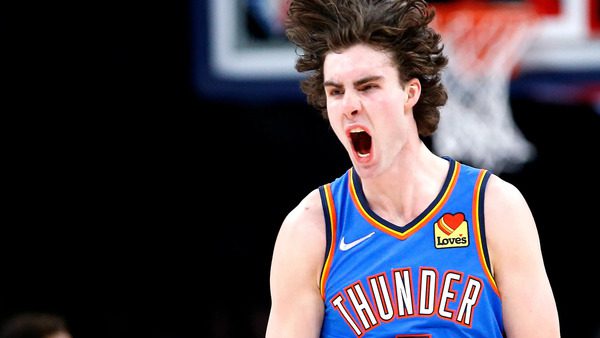 Point Spread: NY +2.5/ OKC -2.5 (Do you live bet NBA games? If so, you gotta check out the SWEET platform they have at Bovada Sportsbook where everything is all on the same page!)

So far, the Knicks have put together an overall record of 8-9 while going 8-9-0 vs. the spread. Today, the Knicks will be looking to snap a two game-losing streak. In these games, they have an average scoring differential of -15.5 points.

Not only did the Knicks drop their last game to the Suns. But they also picked up an ATS loss, as they fell by a score of 116-95 as 6-point underdogs. The game got away from New York in the 2nd half, as the Suns extended their 2-point halftime lead to grab a 21-point win. Leading the team in scoring was Jalen Brunson, as he contributed 27 points while hitting 52.4% of his shots.

The Thunder come into today’s matchup with an overall record of 7-9. So far, the team has gone 10-6-0 against the spread. Looking back on Thunder’s previous three games, they have a record of 1-2 while averaging 117 points per game. Over this stretch, their ATS mark is 2-1.

Not only did the Thunder drop their last game to the Grizzlies. But they also picked up an ATS loss, as they fell by a score of 121-110 as 6-point underdogs. Oklahoma City was not able to make a comeback in this matchup, as they went into the half down by 4. Leading the team in scoring was Josh Giddey, as he contributed 20 points while hitting 50.0% of his shots.

The Thunder will look to carry over last year’s success vs. New York, as they won both games of the series. The average point total of these two meetings was 196.5, with Oklahoma City winning by scores of 95-80 and 123-80. Similar to their season-long average, the Knicks averaged 101.5 points per game vs. the Thunder. On the other side, Oklahoma City saw an improvement in their scoring numbers when playing the Knicks, as they averaged 111.0 points per game in these matchups. The Thunder have had the better record vs. the spread over the last five games, going 4-1. The team’s average scoring margin in these contests sits at 4 points per game. In these matchups, the teams have put together an over-under mark of 3-2. Combined, they averaged 222 points in these games.

The Knicks come into today’s game as the 15th-ranked scoring offense at 112.4 points per game. Coming into today’s game, the Knicks will be looking to improve their 3-point shooting numbers, as they are averaging just 10.9 made 3’s per game. One area of the team’s offense that has been effective is their ability to get to the free-throw line. So far, they are ranked 4th, with an average of 20.0 made free throws per game.

Against the Thunder, the Knicks will look to continue their strong defensive play. For the year, they are the 6th ranked unit at 106.6 points per game.

This season, the Knicks’ offense has primarily worked through Julius Randle and Jalen Brunson, who are 1st and 2nd on the team in scoring. In his 17 games, Randle is 40th in the NBA at 20.53 points per game. So far, he and Brunson have accounted for 33% of the team’s field goal attempts while combining to average 40.53 points per contest. In addition to sitting 2nd on the team in scoring, Jalen Brunson is grabbing 3.65 rebounds for New York to go along with 6.53 assists.

On defense, the Thunder will look for some improved play, as they are currently the 15th-ranked unit in points allowed per game.

This season, the Thunder offense has primarily worked through Shai Gilgeous-Alexander and Luguentz Dort, who are 1st and 2nd on the team in scoring. In his 15 games, Gilgeous-Alexander is 4th in the NBA at 31.13 points per game. So far, he and Dort have accounted for 35% of the team’s field goal attempts while combining to average 44.69 points per contest. In addition to sitting 2nd on the team in scoring, Luguentz Dort is grabbing 4.38 rebounds for Oklahoma City to go along with 2.25 assists.

I believe the Knicks have a big advantage in the paint that OKC won’t be able to deal with. I’m stoked to bet N.Y. at +2.5 as I make this line as Knicks -2. Bet your NBA predictions for FREE this week by scoring a 125% real cash bonus up to $400 AND get a FREE half point everytime you bet your favorite teams when you use bonus promo code PREDICTEM at GTBets Sportsbook!