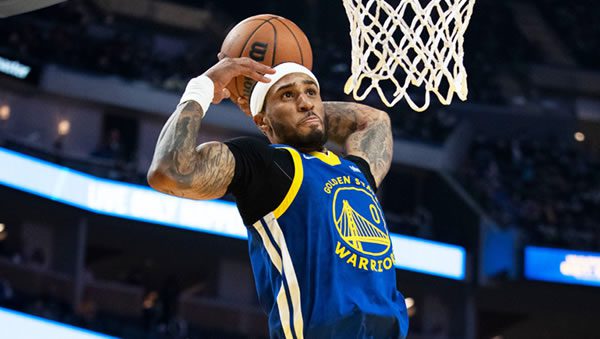 The Golden State Warriors host the Los Angeles Clippers in a Western-Conference matchup. Tip-off is set for 10:00 PM ET at the Chase Center.

The Los Angeles Clippers come into this game with an overall record of 34-32, placing them 8th in the Western Conference. Throughout the season, Los Angeles has struggled in their 33 road contests, sitting at 15-18. Over their last five games, the Clippers have played well, picking up 4 wins. In this stretch, Los Angeles’s offense is scoring right in line with their season average, putting up 108.0 points per game. Combined, the Clippers’ last five opponents are giving up 114.0 points per contest. The Clippers have been picking up wins, while holding opponents to an average of 105.0 points per game, similar to their season average of 107.5. In the Los Angeles Clippers’ most recent game, the team fell to New York by a score of 116-93.

The Golden State Warriors come into this game with an overall record of 43-22, placing them 3rd in the Western Conference. So far, Golden State is above .500 at home, holding a record of 26-7. Over the Warriors’ last five games, they have picked up just 0 wins. In this stretch, Golden State’s offense is scoring right in line with their season average, putting up 114.0 points per game. Combined, the Warriors’ last five opponents are giving up 108.0 points per contest. A key reason for the Warriors’ recent struggles is a defensive unit giving up 123.0 points over their last five contests. This figure is up from their season average of 105.0.In the Golden State Warriors’ most recent game, the team fell to Denver by a score of 131-124.

As Los Angeles travels to take on the Golden State Warriors, the Clippers’ will be looking for Reggie Jackson to continue taking on the scoring load. So far, Jackson is averaging 16.9 points per game. However, he will need to be on top of his game as Golden State is allowing their opponent’s top scorer to surpass their average in 43.0% of their games, placing them in the top 10. On the other side, Stephen Curry leads the Warriors in scoring, averaging 25 points across his 59 games. Throughout the season, Curry has outscored his season average in 46.0% of his outings. On the season, the Clippers have allowed their opponent’s top scorer to surpass their season average in 50.98% of their games, giving them a rank of 19th among NBA defenses.

Heading into this matchup, the Golden State Warriors are the more efficient team on both ends of the court. This scenario has taken place in 22 of Golden State’s 65 games, leading to a winning percentage of 82%. So far, the Los Angeles Clippers have played 9 games as the inferior offensive and defensive unit. In these instances, they have lost 9 times, by an average margin of -11.0 points.

Heading into today’s matchup, the Los Angeles Clippers and Golden State Warriors have met up for 3 games. In their last meeting, LA Clippers picked up a 119-104 win.

How the Public is Betting the Clippers vs Warriors

The Golden State Warriors come into this matchup looking to get back on track, as they have dropped 5 straight contests, dropping them to the third seed in the West. On the other side, the Clippers enter the game as the 8th seed, despite dealing with key injuries throughout the season. One of the main problems for the Warrior’s skid, is their drop-off on defense. However, the Clippers don’t have the offensive attack to fully take advantage of this opportunity. I am taking the Warriors to get back on track and cover the spread. Bet your Clippers/Warriors pick and ALL your NBA bets for free this week by taking advantage of a massive 100% REAL CASH bonus on your first deposit of $100 to $1000 at Betnow Sportsbook!