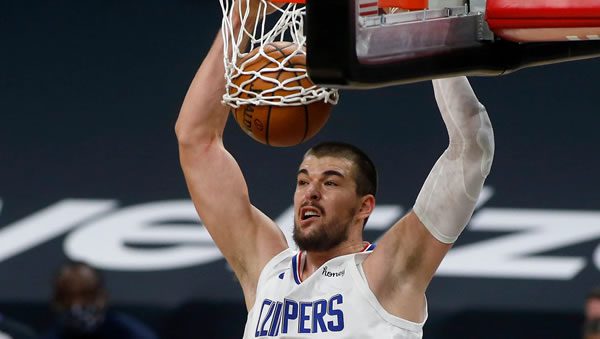 The Milwaukee Bucks host the Los Angeles Clippers in a Non-Conference matchup. Tip-off is set for 08:00 PM ET at the Fiserv Forum.

The Los Angeles Clippers come into this game with an overall record of 37-40, placing them 8th in the Western Conference. Throughout the season, Los Angeles has struggled in their 40 road contests, sitting at 16-24. Over the Clippers’ last five games, they have picked up just 1 win. During this stretch, Los Angeles is averaging 111.0 points per game, 4.0 points more than their season average of 107.1. This uptick in offensive play has come while playing a group of opponents who are collectively giving up 109.0 points per contest. A key reason for Los Angeles’ recent struggles is a defensive unit giving up 124.0 points over their previous five contests. This figure is up from their season average of 108.8. In the Los Angeles Clippers’ most recent game, the team fell to Chicago by a score of 135-130.

The Milwaukee Bucks come into this game with an overall record of 48-28, placing them 2nd in the Eastern Conference. So far, Milwaukee is above .500 at home, holding a record of 26-12. The Bucks have played well over their last five games, picking up 4 wins. In this stretch, Milwaukee’s offense is scoring right in line with their season average, putting up 116.0 points per game. Combined, the Bucks’ last five opponents are giving up 110.0 points per contest. The Bucks have been picking up victories while holding opponents to an average of 112.0 points per game, similar to their season average of 111.4. In the Milwaukee Bucks’ most recent game, Milwaukee took down Brooklyn by a score of 120-119.

As Los Angeles travels to take on the Milwaukee Bucks, the Clippers’ top playmaker is Reggie Jackson, who is averaging 21 points per contest. In last night’s contest vs the Bulls, Jackson racked up 34 points. Against the Bucks, George will need to be on top of his game as Milwaukee is allowing their opponent’s top scorer to surpass their average in 44.0% of their games, placing them in the top 10. On the other side, Giannis Antetokounmpo leads the Bucks in scoring, averaging 30 points across his 62 games. Throughout the season, Antetokounmpo has outscored his season average in 40.0% of his outings. Given that Los Angeles’s defense has struggled to slow down their opponent’s top scorers, Giannis Antetokounmpo should be in line for a big performance. So far, the Clippers have allowed their opponent’s top scorer to surpass their season average in 55.17% of their games, giving them a rank of 28th among NBA defenses.

The Bucks come into this game as the more efficient offensive team, averaging 111.4 points per 100 possessions. When playing as the superior offensive unit, Milwaukee is winning at a rate of 71%. These wins are coming by an average margin of 14.0 points. On the other side, the Clippers hold the advantage on the defensive end of the floor. So far, they have played 25 games as the better defensive team, picking up 13 wins.

Heading into today’s matchup, the Los Angeles Clippers and Milwaukee Bucks have met up for 1 game. Milwaukee took game one by a score of 137-113.

How the Public is Betting the Clippers vs Bucks

Heading into this contest, keep an eye on the injury report as both the Bucks and Clippers both played in tightly contested overtime games last night. I expect the Bucks to be careful with Giannis Antetokounmpo, who is coming off a 44 point effort against Brooklyn. On the other side, the Clippers are nearly a lock for the 8th seed in the West but would benefit from a big win over the defending champs, as the team has won just 3 of their last 10 games. With a spread sitting 8 point in favor of the Bucks, I expect the Clippers to keep this one within reach as Milwaukee will turn to its bench unit for extended minutes. Bet your Clippers vs. Bucks prediction and ALL your NBA bets (both sides and totals!) at -105 every day at BetAnySports Sportsbook! Making the switch to -105 reduced juice sports betting will save you THOUSANDS of dollars and trumps ANY signup bonus you can get!