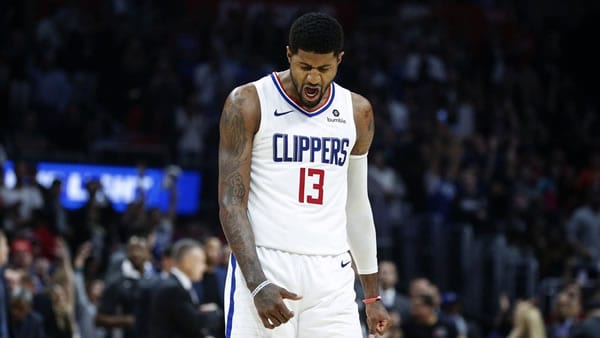 The Los Angeles Clippers are off to a rough 1-3 start to the 2021 season. After scoring 115+ points in their first three games, the Clippers were shut down Wednesday night by the Cavs and only managed to score 79 points in what was overall a low-scoring game by both teams. Paul George currently leads the team averaging 24 points a game, but this team will need help on the offensive side, as they will be without Kawhi Leonard for the majority of the year as he rehabs his knee injury from last postseason. Reggie Jackson is second on the team with 15.5 PPG and will look to improve that mark as the season continues. The Clippers offense is averaging as a team, 105.5 PPG, which is 21st in the NBA.

The Portland Trail Blazers improved to a 2-2 record after a 116-96 win over the visiting Grizzlies. The Trail Blazers defense came up big, holding Ja Morant, who averaged 35 going into that game, to 17 points. McCollum led the team with 25 points and had a +23 rating on the night. Despite a slow start from Damian Lillard, the Trail Blazers are averaging 114.3 PPG, which is the 6th best in the league.

Portland and Los Angeles are two west coast teams that see each other multiple times a year. History has shown that the Clippers have owned the Trail Blazers as they are 7-0 in the last seven games. Going into Friday’s game, there seems to be a shift in momentum, at least for the time being, towards the Portland side. The Trail Blazers are the healthier team, as the Clippers are without superstar Kawhi Leonard and other veteran talents like Serge Ibaka and Marcus Morris. Portland knows that this team goes as Paul George goes, so shutting him down is going to be a focal point for this game. On the Portland side, the Trail Blazers have been a two-headed monster for years with the Lillard and McCollum duo. An injury-ridden Clippers will struggle to slow down the Trail Blazers Friday as they have options to space the floor and put up points at will.

After a slow start to the 2021 season, we finally got to see Lillard knock the rust off and get back on the right track, helping his team in Wednesday night’s win. Dame finished with 25 points after a lackluster 20 points or less in the first three games of the year. It was only a matter of time before Lillard would show the league he is still “that guy” and can be efficient from range and take a game over. Although 25 points is a good effort, I think we will see him beat that number Friday against a struggling Clippers defense.

The Clippers in their 1-3 start haven’t looked the same without perennial DPOY nominee: Kawhi Leonard. Clippers fans still scratch their heads, wondering “what if” after watching their team fall short in a deep playoff run without Leonard. In the 20-21 season, the Clippers went 11-9 in games without Kawhi, heavily relying on the success of Paul George. Starting this season, though still a top 10 defense, you can’t help but wonder how much better they would be on both sides of the ball with a healthy Kawhi on the court. Being without him as the season continues, we will see the Clippers defense tested and whether or not they will be able to hang with teams that find their groove and get hot. So long as George can deliver night after night, this team has a chance, but if he hits a slump, we could quickly see this Clippers team descend the NBA rankings.

Friday night’s game will be the second time this week these teams meet in this young 2021 NBA season. Monday night’s contest ended in a lopsided 116-86 win in favor of the Clippers. In that game, three Trail Blazers starters combined for 14 points (Little 10, Nurkic 4, Covington 0). Looking back at the last two seasons, these teams have met seven times, all resulting in a Clippers win and 5 points being the closest margin.

How the Public is Betting the Clippers vs. Trail Blazers

67% are betting the Trail Blazers against the spread.

History has shown that the Clippers have had the Trail Blazers number over the past two seasons. Given the start to the season for both squads, picking an outright winner feels like a coin toss in Friday night’s game. Though very early in the year, this game feels like a desperation game to establish momentum for both sides. Lillard wants to be more productive on offense, and George wants to show that he can win games without Leonard. Looking at the 223.5 total for this game, I am confident it will be a high-scoring back and forth affair, where Damian Lillard pops off and the Clippers rebound from their 79-point scoring slump on Wednesday. Take the over (223.5) for this Clippers/Trail Blazers matchup. Where are you betting on games? Make sure that you’re getting the best sportsbook bonuses on the internet! There’s LOTS of free bets to be had out there!