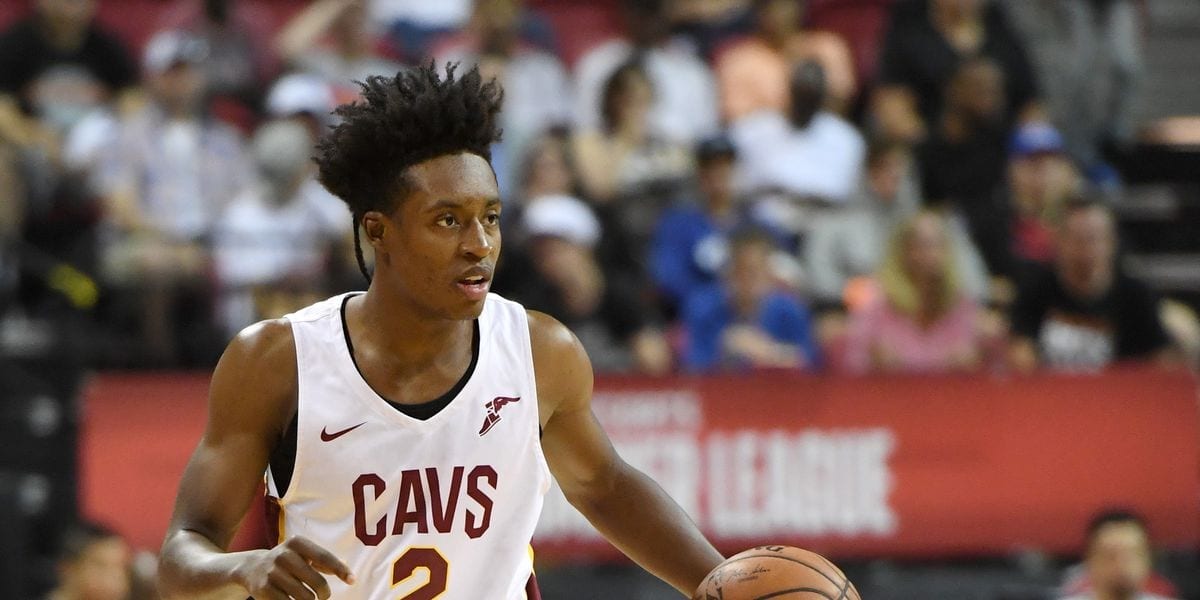 Thanksgiving Eve NBA leading into Thanksgiving Day NFL is my favorite back-to-back sports day of the calendar year, and this full slate of NBA games has my mouth watering. I’ll be catching my first in-person glimpse of the Jimmy Butler/post-Markelle Fultz era in Philadelphia (I’ve put Fultz up for adoption), but I’ll be sure to catch up on LeBron’s return to The (Waste)Land and check in to see if Kevin Durant throws an actual temper tantrum on the court against OKC. Inject it into my veins, please.

For content’s sake, let’s do what we do best: let’s make fun of LeBron’s team. LeBron’s packing up the kids and heading home to Mom and Dad’s house for the holiday festivities as the Lakers take on the Cleveland Cavaliers. The Lakers are currently favored on the road by 9 points, with the total set at an adequate 221 points. Lonzo, put your seat belt back on or I’ll turn this car around! I mean it!

It’s been a – shall we say – uneven start to the season for LA Lakers. Between on-court fights, chemistry issues, Magic-Luke Walton tension and Carmelo-to-LA rumors, it’s a tumultuous time for the King in his new home. I’m not sure what is more amazing to me: the fact that the Lakers have fought their way back to 9-7 with a +1.2 point differential, or that LaVar Ball has managed to keep his big fat mouth shut as his no-talent-waste-of-space son splits minutes with Rajon Rondo. But I digress.

Against Cleveland, the game plan should be simple: play basketball, and when the game is over, the Lakers will have scored more points. The only person that is capable of upsetting a LeBron-led team is J.R. Smith, and that’s only when he’s ruining it from the inside. The Cavaliers are the worst defensive team in the league, and it’s unclear whether or not they practice. Or speak to each other. Or to the new coach.

The Lakers play fast and loose, and they have begun to flesh out their rotation. Kuzma and Ingram are becoming quality running mates for LeBron, and while Lonzo is sub-par at basically every aspect of basketball besides hot-potatoing the ball to more talented guys, quick decision-making is an asset on a fast-paced team. If LeBron wants to put on a show in his hometown, there’s nothing to stop him from doing so with ease. Will it be enough to win by double digits? Let’s dig some more and find out.

If J.R. Smith had demanded a trade before last year’s NBA Finals, then 1) the Cavaliers might have had a chance to push the Warriors to five games and 2) we would have been denied one of the greatest memes in sports history. Confused J.R. Smith is my spirit animal.

A word from our sponsors: Early NBA Opening Lines are an asset to basketball Bettors. BetOnline is often opening basketball lines early the night before. BetOnline Sportsbook also has opinionated NBA lines meaning that that they do not chase around other big sportsbooks to avoid having a unique line that bettors will pounce on.

Without him bogging down the rotation, the Cavaliers are actually beginning to resemble a professional basketball team – not a good one, but a professional one nonetheless. Collin Sexton is having his typical rookie problems, but now he’s at least getting reps, and the flashes are there. Jordan Clarkson must have shaken off his second-hand high from standing near J.R. and has been an effective bench scorer in his last couple of games. Most importantly; they have veteran experience on this team, and it’s useful when playing against a bunch of young, fresh-legged athletes on the Lakers squad. Los Angeles has risen to around league-average in defense, but a couple of weak opponents have bolstered their number, and the eye test tells us that LeBron is still operating at about 60% effort right now.

If Cleveland wants to ruin LeBron’s night, they’re going to need to have another lights-out shooting performance; they can outscore this team if they play their “A” game. Let’s just say I’m somewhere between “dubious” and “cautiously optimistic” about the chances of that happening. More on that later.

What the Lakers lack in outside shooting, they make up for in interior scoring. Between JaVale McGee lob dunks, Kuzma and Ingram touch floaters, and LeBron James’ barrel runs to the rim, the Lakers are able to dominate the points in the paint battle every night. Around 37% of their shots come within 3 feet of the hoop, which is the highest number in the league. Amazingly, they rank 26th in drawing fouls and only 13th in offensive rebounding, despite spending so much time near the rim. Both of those statistics are effort-related – something that they severely lacked up until a few nights ago.

On the flip side, we’re looking at an all-time bad two-way team. Cleveland doesn’t make shots (26th in Effective Field Goal Percentage) and doesn’t prevent other teams from making shots (Last in Opponent’s Effective Field Goal Percentage). Their only other skills are offensive rebounding and defending without fouling, and the latter isn’t even a skill – they don’t play any defense, so of course they don’t foul anyone. To make matters worse, the Cavaliers allow the fourth-best opponent’s field goal percentage from 0-3 feet – the area of expertise that we just outlined for the Lakers personnel. You would have to be a lunatic to think that Cleveland has a chance of upsetting the Lakers in this one.

And guess what? I am that lunatic. Not too long ago, I gave you every single reason why the Hornets were a better statistical team than the Cavaliers, and then the Cavs caught on literal fire and submarined by best bet. Fool me once – shame on you. Fool me twice – not happening. There’s no statistical evidence to suggest that the Cavaliers should compete with the Lakers. The only way you’ll be convinced is if I can reach for some nugget of truth or some narrative to latch on to and make you a believer. Oh, you want a narrative? I got a narrative. Look at this:

December 25th, 2014: LeBron returns to Miami for a Christmas Day game after ditching them to return to the Cavaliers.
Final Score: Miami 101 – LeBron 91.

This ain’t rocket science. Get ready to bet your hard-earned cash on Collin Sexton, Jordan Clarkson, Tristan Thompson, and Cedi Osman. Apparently, LBJ’s Kryptonite is the awkward post-break up coffee meeting you have to have with someone to give them closure after you dump them. Ignore all your instincts and trust me on this one: he’s too nice of a guy to rip the heart out of his hometown team – and that is why he will never be the greatest basketball player of all time.

Don’t believe me? Fine. But just for fun, I found one more game log for you:

The defense rests, Your Honor.