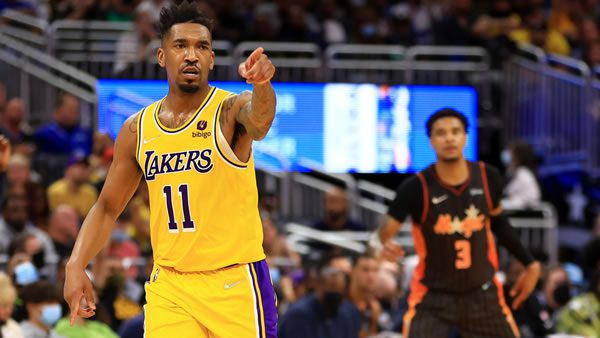 The Los Angeles Lakers enter today’s game, having won five of their past ten games. When playing away from home, Los Angeles has played at a below .500 rate, having gone 9-12. As the road team, the Lakers travel to Philadelphia with a negative plus-minus of rating -2.6 points. Overall the Lakers are ranked 21st among NBA teams in point differential (2.1). This mark has come while playing the league’s 2nd easiest schedule.

For bettors, taking the Los Angeles Lakers to cover the spread has been a losing bet as they have covered in 41.70% of their games. Their season-long plus-minus against the spread is -3.0.

On offense, the team’s leading scorer is SF LeBron James, averaging 29 points per game. This output places him second among NBA small forwards. So far, James has been one of the team’s best three-point shooters at 35%. The team will be happy to have Anthony Davis back in the mix as he is averaging 23 points per contest in his 28 games of action.

The Philadelphia 76ers enter today’s game, having won 2 straight games. In their past ten contests, the 76ers have played at an above .500 rate, going 7-3. As they get set to host the Lakers, Philadelphia has a positive home plus-minus of 3.3 points. Overall the 76ers are ranked 10th among NBA teams in point differential (5.9) while playing the 17th most difficult schedule.

For bettors, taking the Los Angeles Lakers to cover the spread has been a winning bet as they have covered in just over half of their games. Their season-long plus-minus against the spread is -0.2.

On offense, the team’s leading scorer is C Joel Embiid. So far, Embiid is averaging 29.03 points per game. The 76ers’ best three-point shooter has been Seth Curry, connecting on 2.28 shots from downtown per game at a rate of 42%.

A key matchup to watch in this game will be to see if Los Angeles can play strong defense without putting the Sixers on the line. Throughout the season, Lakers opponents have attacked the team inside, generating an above-average number of free-throw attempts. Given that the 76ers are not an excellent shooting team from the field, look for Joel Embiid to pressure the Lakers’ interior defense.

Tonight’s matchup between the Lakers and 76ers will be their first meeting of the season. Last year, the 76ers took both games.

More Picks: Get Jay’s O/U Total Prediction for the 49ers at Rams game >>>

How the Public is betting the Lakers vs. 76ers

55% are betting the 76ers against the spread.

In this game, I recommend taking the Los Angeles Lakers to cover the spread on the road. Although Los Angeles has several key weaknesses, the 76ers roster isn’t built to exploit LA’s shortcoming. On the season, the Lakers are ranked 26th in points allowed per game. However, given that Philadelphia is a middle-of-the-road scoring and shooting team, I see the Lakers pulling off the road upset.

Even in the loss, I recommend taking Joel Embiid to have a big game. So far, the Lakers have struggled to play defense without fouling. In addition, they are the 26th ranked team in points in the paint allowed. Look for Embiid to approach 30 points in tonight’s action. Highly Recommended: Invest a few minutes to learn about reduced juice betting and how it can/will change the way you bet forever! Save thousands of dollars betting at the Walmart of the sports betting industry! You’ll be SO glad you did!