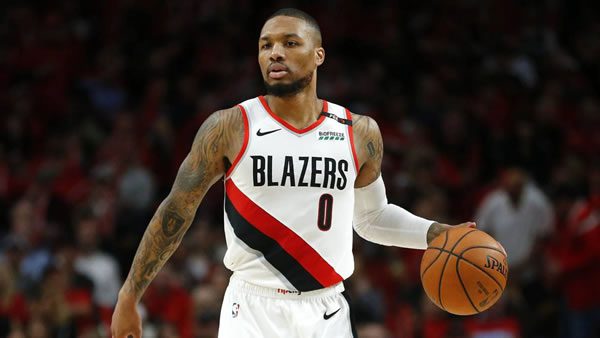 After their win against the Grizzlies, Los Angeles will be looking to continue their momentum. Russell Westbrook had a big game, scoring 29 points to help lead the team to victory. As 6-point underdogs on the spread, the Lakers were able to come away with an ATS win

Heading into the game, Portland is 21-24 overall. When playing at home, Portland has a mark of 11-9 and a win percentage of 55%. Currently, the team is 12th in the Western Conference. So far, they are 24-21-0 vs. the spread. The Trail Blazers need a win in today’s matchup vs. Los Angeles to avoid their 3rd straight loss.

In their most recent game, Portland was unable to come home with a victory against the 76ers, losing by a score of 105-95. Despite Damian Lillard leading the team with 25 points, the Trail Blazers were unable to overcome their status as 1-point underdogs. The Trail Blazers also ended up with an ATS loss in the game.

In the most recent matchup between the two teams, the Trail Blazers picked up the win 106-104 win over the Lakers. Heading into the game, Portland were +4.0 underdogs, giving them the ATS win. So far, the two teams have split their season series, with each team at 1-1. The Lakers have had the better record vs. the spread over the last five games, going 3-2. The team’s average scoring margin in these contests is 11 points per game. In these matchups, the teams have put together an over-under mark of 2-3. Combined, they averaged 219 points in these games.

This season, Los Angeles is among the league leaders in scoring, averaging 117.0 points per game. So far, the Lakers are also one of the more up-tempo teams in the league, sitting at 102.6 possessions per game. Los Angeles has struggled with their 3-point shot this season, as they are currently ranked just 26th in 3-point shooting percentage at 33.7%. In addition, they are near the bottom of the league in attempts, at just 30.9 attempts per contest. The defense has been a struggle for Los Angeles, as they are currently allowing 115.15 points per game. In terms of their 3-point defense, opposing teams have hit 35.38% of their looks from deep, placing the Lakers 18th in the NBA.

Heading into the game, LeBron James is listed as questionable on the injury report. This season, he leads the team with a per-game scoring average of 29.6. Currently, Russell Westbrook is 2nd on the team in scoring at 16.1 points per game.

This season, the Trail Blazers’ offense averages 112.9 points per game, which is 17th in the NBA. In terms of pace, Portland has been playing at one of the slower tempo’s in the league, averaging just 97.5 possessions per game. Portland’s offensive attack has benefited from some hot shooting from outside. Not only are they among the league leaders in 3-pointers attempted per game, but they are 9th in 3-point shooting percentage at 36.8%. The defense has been a weak area for Portland, as they are currently allowing 115.11 points per game. The team’s 3-point shooting defense has been a problem this year. So far, opposing offenses have hit 36.95% of their looks from the outside.

Going into today’s game, Damian Lillard is the leading scorer for the Portland team, with an average of 29.2 points per game. This season, his field goal percentage is 44.9%. The team’s second top scorer is Jerami Grant, who is averaging 21.7 points per game.

Emotions will be running high in Portland Sunday night as the beloved announcer Bill Schonely passed away yesterday. I don’t usually buy into emotion or storylines, but EVERYBODY loved the Schonz in a way you just don’t see very often. A situation like this only pops up around once a decade. I’m going to make a bold prediction that Damian Lillard is going off the rails tonight with a 50+ point performance. The Schonz was one of a kind, and the team will definitely be playing with maximum effort to honor his life.