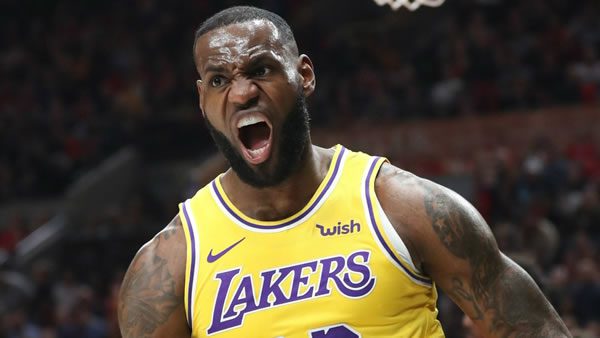 Heading into the game, Los Angeles is 10-12 overall. When taking to the road, Los Angeles has a mark of 4-6 and a win percentage of 40.0%. Currently, the team is 13th in the Western Conference. So far, they are 10-11-1 vs. the spread. In their matchup against Cleveland, the Los Angeles Lakers have won 3 games and will look to push that mark to 4 in a row.

Los Angeles will be looking to build on their most recent win over the Wizards. Anthony Davis led the team to a win with his 55 points. The Lakers were 1 point underdogs on the spread, giving them an ATS win.

In the most recent matchup between the two teams, the Cavaliers picked up the 114-100 win over the Lakers. The Cavaliers’ point margin of victory was enough to cover the spread as a 5.5-point favorite. This has been the only matchup between the two teams this season. The ATS record across the previous five head-to-head meetings is 3-2 in favor of the Lakers. In these matchups, Los Angeles has averaged 111 points per game while allowing 105. The over-under record in these same games is 2-3, with the teams combining for an average of 216 points per game.

This season, Los Angeles is among the league leaders in scoring, averaging 114.8 points per game. So far, the Lakers are also one of the more up-tempo teams in the league, sitting at 102.7 possessions per game. Los Angeles has struggled with their 3-point shot this season, as they are currently ranked just 25th in 3-point shooting percentage at 33.0%. In addition, they are near the bottom of the league in attempts, at just 30.0 attempts per contest. Defense has been a struggle for Los Angeles, as they are currently just 115.15 in points per game allowed. In terms of their 3-point defense, opposing teams have hit 35.38% of their looks from deep, placing the Lakers 18th in the NBA.

This season, the Lakers offense has primarily worked through Anthony Davis and LeBron James, who are 1st and 2nd on the team in scoring. In his 20 games, Davis is 8th in the NBA at 28.6 points per game. So far, he and James have accounted for 45% of the team’s field goal attempts while combining to average 54.7 points per contest. In addition to sitting 2nd on the team in scoring, LeBron James is grabbing 8.6 rebounds for Los Angeles to go along with 6.6 assists.

On offense, Donovan Mitchell leads the Cavaliers in scoring at 28.4 points per game, placing him 10th in the NBA. Overall, Mitchell has hit 48.6% of his shots while accounting for 23.8% of the team’s looks from the field. In today’s game, he will be working against a defensive unit that is 11th in points allowed to shooting guards. At 22.2 points per game, Darius Garland is the 2nd leading scorer for the Cavaliers. For the season, he is 83rd in the league in player efficiency rating while posting a field goal percentage of 43.4%.

The Cavaliers are beating the brakes off teams at home, winning six in a row and none of those wins were by any less than ten points. I’m betting the Cavs -4! Note: Today is a GREAT day to change the way you bet on games FOREVER! Stop overpaying for odds! Pay less by wagering at reduced juice! It’s FREE!