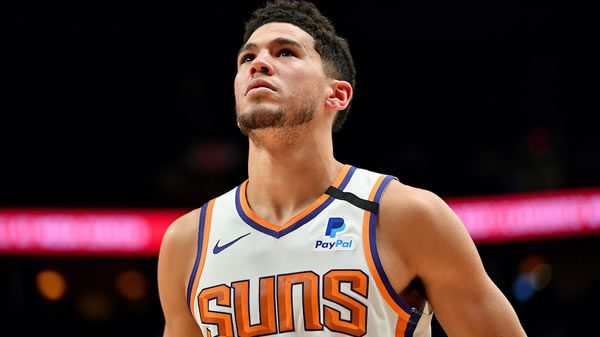 Heading into the game, Los Angeles is 13-16 overall. When taking to the road, Los Angeles has a mark of 5-9 and a win percentage of 36%. Currently, the team is 12th in the Western Conference. So far, they are 12-15-2 vs. the spread. In their matchup against Phoenix, the Los Angeles Lakers have won 2 straight games and will look to push that mark to 3 in a row.

Most recently, the Lakers took down the Wizards by a score of 119-117. LeBron James finished with 33 points, which was the most on the team. Los Angeles did not cover the spread as 3-point favorites.

Heading into the game, Phoenix is 18-12 overall. When playing at home, Phoenix has a mark of 13-3 and a win percentage of 81%. Currently, the team is 4th in the Western Conference. So far, they are 15-13-2 vs. the spread. Phoenix will look to stay hot in today’s game vs. Los Angeles as they are the winners of 2 straight games.

In their last game, Phoenix defeated the Pelicans (118-114) as 3-point favorites. Devin Booker led the team with 58 points on 60.0% shooting. The Suns also covered the spread with the victory.

In the most recent game between the two teams, the Suns picked up a 115-105 win over the Lakers. When looking at the outcome vs. the spread, Phoenix entered as the 10.0-point favorite, resulting in an ATS push. This has been the only matchup between the two teams this season. The ATS record across the previous five head-to-head meetings is 3-1-1 in favor of the Suns. In these matchups, Phoenix has averaged 119 points per game while allowing 104. Los Angeles and Phoenix averaged a combined 223 points per game in these games, leading to an over-under mark of 1-4.

This season, Los Angeles is among the league leaders in scoring, averaging 115.5 points per game. So far, the Lakers are also one of the more up-tempo teams in the league, sitting at 102.9 possessions per game. Los Angeles has struggled with their 3-point shot this season, as they are currently ranked just 29th in 3-point shooting percentage at 32.5%. In addition, they are near the bottom of the league in attempts, at just 30.2 attempts per contest. The defense has been a struggle for Los Angeles, as they are currently allowing 115.15 points per game. In terms of their 3-point defense, opposing teams have hit 35.38% of their looks from deep, placing the Lakers 18th in the NBA.

A major injury to note for today’s game is that Los Angeles will not have Anthony Davis available as is already listed as out on the injury report. LeBron James will take on the role as the primary scorer for the team. This season, James is averaging 27.0 points per game for the Lakers.

This year, Phoenix is the 24th-ranked scoring unit in the NBA at 115.4 points per game. Their strong production has come despite being one of the slower-paced teams in the NBA at just 97.8 possessions per game. Phoenix’s offensive attack has benefited from some hot shooting from outside. Not only are they among the league leaders in 3-pointers attempted per game, but they are 7th in 3-point shooting percentage at 37.3%. Defensively, the Suns have been one of the best units in the NBA, allowing just 107.33 points per game. So far, they have done an excellent job defending the 3-point arc, allowing teams to hit just 33.88%.

Heading into the game, Devin Booker is listed as questionable on the injury report. This season, he leads the team with a per-game scoring average of 28.0. Currently, Mikal Bridges is 2nd on the team in scoring at 16.2 points per game.

I’m expecting L.A. to be a bit tired and Phoenix to continue to build on their two-game winning streak. I’m betting on the Suns.