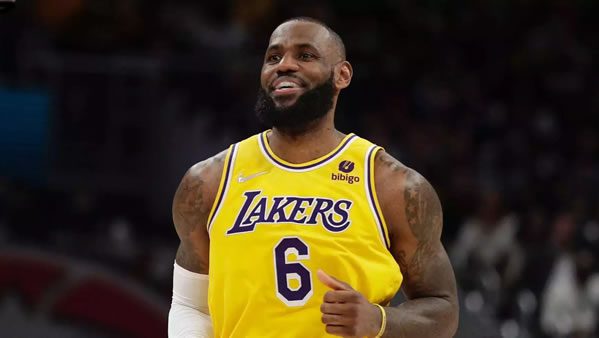 The Lakers come into today’s matchup with an overall record of 0-4. So far, the team has gone
1-3-0 against the spread. Against the Timberwolves, the Lakers are looking to break out of 4 game
losing streak. They have lost these games by an average of -8.25 points.

Los Angeles is trying to bounce back from a 110-99 loss to the Nuggets. Going into this game,
the team was 5 point underdogs on the spread, giving them an ATS loss. Los Angeles struggled in
the 2nd half of this matchup, as the teams were all tied at 54 heading into halftime. Leading the
team in scoring was Anthony Davis, as he contributed 22 points while hitting 57.9% of his
shots.

The Timberwolves come into today’s matchup with an overall record of 3-2. So far, the team has
gone 2-3-0 against the spread. In the team’s past 3 games, their overall mark sits at 2-1.
Minnesota is 2-1 vs the spread in these matchups.

In their previous game, the Timberwolves took down the Spurs by a score of 134-122. Not only
did they come away with a straight up win, but they also covered the spread as 9 point favorites.
Minnesota was able to take care of business in the second half of this game, as they didn’t allow
the Spurs to cut into their 15-point halftime lead. In the win, Anthony Edwards led the team in
scoring with 34 points on a field goal percentage of 57.1%.

Last season, the Timberwolves not only won their season series against the Lakers (3-1), but
they also took care of business at home, going 2-0 at the Target Center. Last year, the Lakers
saw a drop in overall scoring when playing the Timberwolves, averaging 96.75 points per game.
While the Lakers struggled on offense in the series, the Timberwolves maintained their usual
level of scoring at 111.0 vs Los Angeles. The ATS record across the previous 5 head-to-head
meetings is 4-1 in favor of the Timberwolves. In these matchups, Minnesota has averaged 113
points per game while allowing 104. In these matchups, the teams have put together an over-under
mark of 1-4. Combined, they averaged 217 in these games.

The Lakers come into today’s game as the 30th ranked scoring offense at 102.2 points per game.
This has come despite ranking near the top of the league in pace. So far, the team is in the
upper half of the NBA in possessions per game. If the Lakers are going to turn things around on
offense, they must improve their overall shooting efficiency. In particular, the 3-point shot has
been problematic for the unit, as they are just 30th in 3-point shooting percentage.

Against the Timberwolves, the Lakers will need a stronger defensive effort as they are ranked
just 28th in points allowed.

One thing to watch will be if LeBron James will be able to take advantage of his matchup vs
the Timberwolves. Last year, they were ranked just 19th in points allowed to small-forwards.

Against the Lakers, the Timberwolves will need a stronger defensive effort as they are ranked
just 24th in points allowed.

One thing to watch will be if Anthony Edwards will be able to take advantage of his matchup vs
the Lakers. Last year, they were ranked just 19th in points allowed to shooting guards.

The Lakeshow have been the center of much negativity and controversy, however, +8.5 is too many points. L.A. is the best bet on the board tonight!