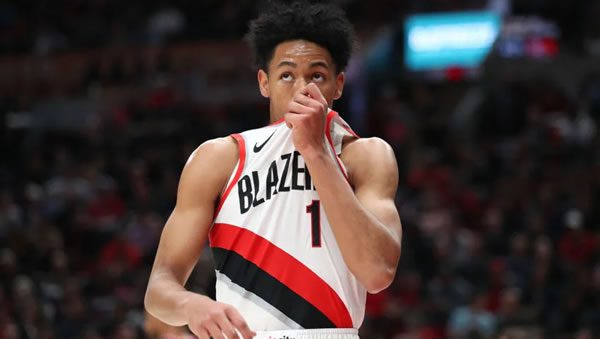 The Heat come into today’s matchup with an overall record of 1-3. So far, the team has gone
1-3-0 against the spread. In the team’s past 3 games, their overall mark sits at 1-2. Miami is
0-3 vs the spread in these matchups.

In their previous game, the Heat were favored to win vs the Raptors. However, their 98-90 loss
gave them both a straight up and ATS loss. Miami was not able to turn things around in the 2nd
half, as they trailed the Raptors by 8 going into halftime. In the loss, Jimmy Butler led the
team in scoring with 26 points on a field goal percentage of 53.3%.

The Trail Blazers come into today’s matchup with an overall record of 4-0. So far, the team
has gone 4-0-0 against the spread. In today’s game, Portland will look to extend their 4 game
winning streak. Over this stretch, they have an average scoring margin of 9.67 points.

The Trail Blazers are coming off a 135-110 win over the Nuggets. This win came despite
entering the game as the 5 point underdogs. Portland actually trailed the Nuggets by 6 before
putting themselves on top with a strong 3rd quarter performance. Going into the final period, the
team led by 13. In the win, Damian Lillard led the team in scoring with 31 points on a field goal
percentage of 62.5%.

In last year’s 2 head-to-head meetings, the Heat came out on top in both games. . Similar to
their season-long average, the Heat averaged 109.5 points per game vs the Trail Blazers. While
the Heat were able to maintain their usual level of production against Portland, the Trail
Blazers averaged fewer points per game in the series, at 100.5. The ATS record across the
previous 5 head-to-head meetings is 3-2 in favor of the Heat. In these matchups, Miami has
averaged 111 points per game, while allowing 107. In these contests, they averaged a combined 218
points per game, leading to an over-under mark of 2-3.

This season, the Miami offense is ranked 20th in the NBA in scoring at 103.5 points per game.
Coming into today’s game, the Heat will be looking to improve their 3-point shooting numbers, as
they are averaging just 9.8 made 3’s per game. One area of the team’s offense that has been
effective is their ability to get to the free-throw line. So far, they are ranked 3rd, with an
average of 20.8 made free throws per game.

Against the Trail Blazers, the Heat will need a stronger defensive effort as they are ranked
just 26th in points allowed.

One thing to watch will be if Jimmy Butler will be able to take advantage of his matchup vs
the Trail Blazers. Last year, they were ranked just 29th in points allowed to small-forwards.

Portland will look to continue with their strong offensive play, as they are averaging 117.2
points per game. The Trail Blazers come into the game as one of the league’s better 3-point
shooting teams, connecting at a rate of 11.8 made 3’s per game. In addition to their strong
outside shooting numbers, the team is playing at one of the fastest paces in the NBA, averaging
99.8 possessions per contest.

Against the Heat, the Trail Blazers will need a stronger defensive effort as they are ranked
just 23rd in points allowed.

One thing to watch will be if Damian Lillard will be able to take advantage of his matchup vs
the Heat. Last year, they were ranked just 29th in points allowed to point-guards.

In today’s matchup, look for the Trail Blazers to build on their surprising start to the
season. In what is predicted to be a close game, I like Portland to come out on top and cover the
spread.