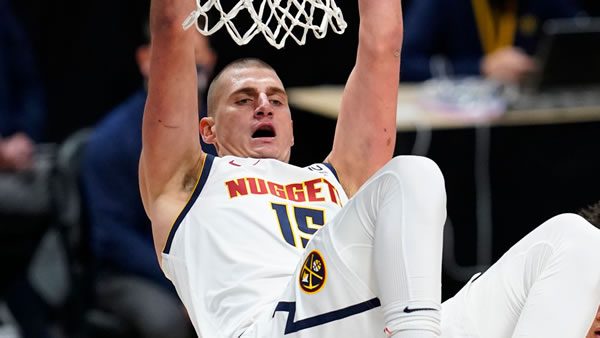 In their most recent matchup, the Jazz defeated Minnesota with a score of 126-125. Anthony Edwards scored the most points for the team with 29, but it was not enough to earn the win. The Timberwolves were 4 points ahead going into the game.

Heading into the game, Denver is 31-13 overall. When playing at home, Denver has a mark of 20-3 and a win percentage of 87%. Currently, the team is 1st in the Western Conference. So far, they are 23-20-1 vs. the spread. Denver will look to stay hot in today’s game vs. Minnesota, as they are the winners of 7 straight games.

The Nuggets came home with a win in their last matchup against the Trail Blazers, achieving a 122-113 victory as 5-point favorites. Nikola Jokic led the Nuggets with an impressive performance, scoring 36 points on a shooting percentage of 92.9%. In addition to the win, the Nuggets also covered the spread.

In the most recent matchup between the two teams, the Timberwolves picked up the win 124-111 win over the Nuggets. Heading into the game, Minnesota was the 4.0-point underdogs, giving them an ATS win. This has been the only matchup between the two teams this season. In terms of betting, Minnesota has an ATS record of 4-1 in the previous five matchups vs. Denver. This mark has come on an average scoring margin of +10 points per game in favor of the Timberwolves. In these contests, they averaged a combined 232 points per game, leading to an over-under mark of 4-1.

This season, Minnesota is among the league leaders in scoring, averaging 115.0 points per game. So far, the Timberwolves are also one of the more up-tempo teams in the league, sitting at 100.8 possessions per game. When looking at the team’s 3-point shooting numbers, they profile as an average team in both percentage and attempts. For the season, the Timberwolves’ offense is ranked 20th in 3-point attempts per game while connecting at a rate of 34.9%. The defense has not been a strong point for Minnesota, as they are currently allowing 113.3 points per game. However, even with their overall struggles, the team has done a good job defending the 3-point line. So far, opposing teams have hit just 34.89% of their looks from deep.

Heading into the game, Anthony Edwards is listed as questionable on the injury report. This season, he leads the team with a per-game scoring average of 23.9. Currently, D’Angelo Russell is 2nd on the team in scoring, at 17.1 points per game.

For the season, Denver has put together one of the top-scoring offenses in the NBA at 117.2 points per game. When looking at their style of play, the team is currently near the league average in pace, averaging 98.3 possessions per contest. Denver has struggled with their 3-point shot this season, as they are currently ranked just 1st in 3-point shooting percentage at 39.8%. In addition, they are near the bottom of the league in attempts, at just 30.9 attempts per contest. On defense, the Nuggets allow an average of 110.41 points per game, placing them 14th in the league. So far, they have done a good job defending the 3-point arc, as teams are hitting just 34.42% of their looks from deep.

The Nuggets have been on fire of late and are taking on an injury-riddled Timberwolves team at home. I not only expect their win streak to continue but to also cover the spread. Bet your NBA predictions for FREE this week by scoring a 100% real cash bonus up to $500 when you use promo code PREDICTEM on the special offers page AFTER you register and BEFORE you place your first bet at the web’s oldest (In business since 1983) and most trusted sportsbook —-> Everygame! (Formerly known as Intertops)