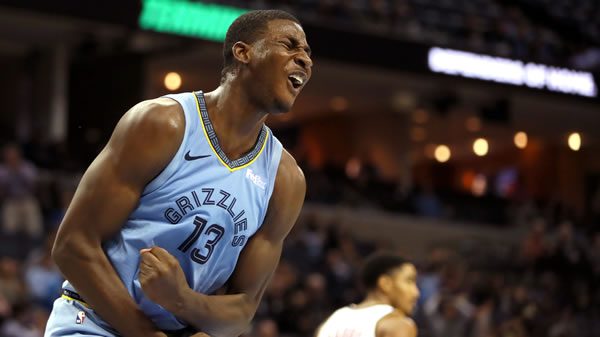 Utah most recently lost to the Bulls by a score of 126-118. The team high 28 points from Lauri Markkanen was not enough to come away with the win. The Jazz were 2 point favorites going into the game.

Heading into the game, Memphis is 25-13 overall. When playing at home, Memphis has a mark of 15-3 and a win percentage of 83%. Currently, the team is 2nd in the Western Conference. So far, they are 20-16-2 vs. the spread. Memphis will look to stay hot in today’s game vs. Utah as they are the winners of 5 straight games.

In their previous game, the Memphis team emerged victorious against the Magic, winning by a margin of 6 points as predicted. Ja Morant shone for the Grizzlies, scoring 32 points on a shooting percentage of 61.9%. The Grizzlies not only won the game but also successfully covered the spread.

In the most recent matchup between the two teams, the Jazz picked up the win 124-123 win over the Grizzlies. Heading into the game, Utah was the 3.5-point underdogs, giving them an ATS win. So far this season, the Jazz have a record of 2-0 vs. the Grizzlies. Through the last five head-to-head matchups, neither team has gotten a leg up on the spread, each sitting at 2-2-1. In addition, the games have been competitive, with an average of just 2 points per game separating the teams. A combined average of 234 points per game was achieved in these matchups, leading to an over-under mark of 4-1.

For the season, Utah has put together one of the top-scoring offenses in the NBA at 117.5 points per game. When looking at their style of play, the team is currently near the league average in pace, averaging 100.3 possessions per contest. Utah’s offensive attack has benefited from some hot shooting from outside. Not only are they among the league leaders in 3-pointers attempted per game, but they are 12th in 3-point shooting percentage at 36.5%. Defensively, the Jazz have been one of the best units in the NBA, allowing just 107.57 points per game. So far, they have allowed a 3-point shooting percentage of 35.09%, placing them 15th in the NBA.

Lauri Markkanen is the top scorer for Utah, averaging 24.6 points per game. This season, his field goal percentage is 53.1%. The team’s second-leading scorer is Jordan Clarkson, with an average of 20.5 points per game.

This season, Memphis is among the league leaders in scoring, averaging 116.1 points per game. So far, the Grizzlies are also one of the more up-tempo teams in the league, sitting at 100.9 possessions per game. Memphis’ 3-point shooting numbers are below the league average, as they have hit just 34.1% of their looks from deep. On average, the team gets up 33.2 3-point shots per game, placing them 17th in the NBA. Defensively, the Grizzlies have been one of the best units in the NBA, allowing just 109.93 points per game. So far, they have done an excellent job defending the 3-point arc, allowing teams to hit just 34.88%.

Heading into the game, Ja Morant is listed as questionable on the injury report. This season, he leads the team with a per-game scoring average of 27.2. Currently, Dillon Brooks is 2nd on the team in scoring with 17.1 points per game.

The Utah Jazz have now lost six of their last seven games. The Grizzlies have now won five games in a row. This is a rough spot for Utah as they had to play on the road last night at Chicago and then travel down to Memphis. I expected this line to come out at -10 or higher, so I am ecstatic at taking the opportunity to get the Grizzlies at -7!