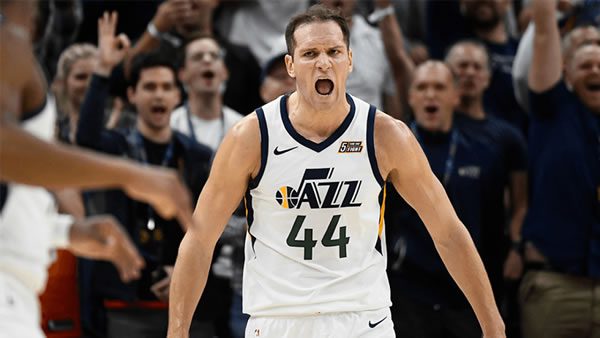 The New Orleans Pelicans host the Utah Jazz in a Non-Conference matchup. Tip-off is set for 08:00 PM ET at the Smoothie King Center.

The Utah Jazz come into this game with an overall record of 39-22, placing them 4th in the Western Conference. So far, Utah is above .500 on the road, holding a record of 17-12. Over their last five games, the Jazz have played well, picking up 4 wins. During this stretch, Utah is averaging 120.0 points per game, 6.0 points more than their season average of 114.1. This uptick in offensive play has come while playing a group of opponents who are collectively giving up 112.0 points per contest. Even though Utah has been picking up wins, their opponents have had no trouble scoring the ball, averaging 111.0 points per game, up from the Jazz’s usual rate of 107.4. In the Utah Jazz’ most recent game, Utah took down Houston by a score of 132-127

The New Orleans Pelicans come into this game with an overall record of 26-36, placing them 10nd in the Western Conference. Throughout the season, New Orleans has struggled in their 31 home contests, sitting at 14-17. The Pelicans have played well over their last five games, picking up 3 wins. During this stretch, New Orleans is averaging 118.0 points per game, 11.0 points more than their season average of 107.1. This uptick in offensive play has come while playing a group of opponents who are collectively giving up 109.0 points per contest. The Pelicans have been picking up victories while holding opponents to an average of 108.0 points per game, similar to their season average of 109.0. In the New Orleans Pelicans’ most recent game, New Orleans took down Sacramento by a score of 125-95.

Heading into this matchup, the Utah Jazz are the more efficient team on both ends of the court. This scenario has taken place in 21 of Utah’s 28 games, leading to a winning percentage of 62%. So far, the New Orleans Pelicans have played 43 games as the inferior offensive and defensive unit. In these instances, they have lost 43 times, by an average margin of -13.0 points.

Heading into today’s matchup, the Utah Jazz and New Orleans Pelicans have met up for 3 games. In their last meeting, Utah picked up a 115-104 win.

Get Joe’s Cavs at 76ers analysis & pick ATS for the Cleveland at Philadelphia 3/4/22 game.

How the Public is Betting the Jazz vs Pelicans

Heading into tonight’s game, the Utah Jazz lead the NBA in effective field goal percentage, and are the 5th most efficient team on shots behind the arc. On the other side, the Pelicans are well below the league average in nearly every shooting metric. In addition, New Orleans is just the 24th rated team in effective field goal percentage allowed. This is not a good combination vs a Utah team that has won 9 of its last 10 games. I am taking Utah to cover the spread. Advertisement: If Bovada Sportsbook isn’t one of your go-to betting shops you really need to check them out! They offer a 50% real cash bonus up to $250, rebates on ALL your bets; win, lose or draw, Bitcoin payouts that usually get paid out within an hour of requesting and the BEST live betting platform on the web! Click here to go there now!