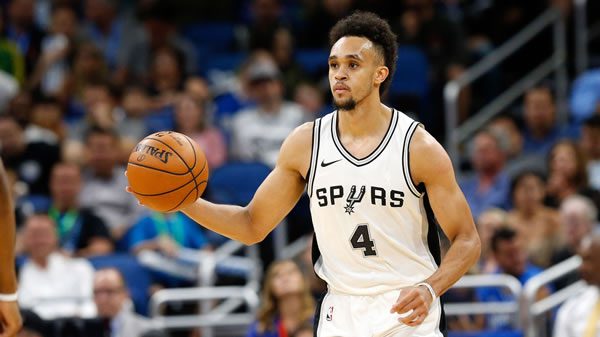 The San Antonio Spurs enter Thursday with a 12-18 record and sit 11th in the Western Conference. The Spurs have had an average month of December going 6-5, not winning or losing more than two games at a time. The Spurs delivered another upset in their last game, beating the Clippers 116-92. While their sub .500 record is not where the Spurs want to be at this point of the year, they have shown good stretches on the road. In fact, four of their six wins this month came on the road and two of which were against good teams in the Warriors and Jazz. San Antonio is led in scoring by DeJounte Murray, who is averaging 18.1 points per game. As a team, the Spurs are the 9th best offense in the NBA, averaging 109.8 PPG. On defense, they are 24th in the league, giving up 109.8 PPG.

The Los Angeles Lakers go into their matchup against the Spurs with a 16-16 record and sit 6th in the Western Conference. After a three-game win streak in the middle of the month, the Lakers have struggled once again offensively and have now dropped three straight games. In their three-game skid, Los Angeles averaged 97.3 PPG and gave up 111.0 PPG. While injuries and Covid have affected the team’s depth, vets like LeBron and Westbrook have been lackluster in their efficiency on the court, making it difficult for them to hang with good teams. The Lakers have an opportunity to turn the ship around in the next few weeks, though, as they will be home for seven of their next nine games. The Lakers are led by Lebron in scoring with 26.4 PPG. Due to their scoring slump, the Lakers have fallen to 10th in offensive scoring with 109.8 PPG. Defensively, the team also continues to slide, sitting as the 27th best scoring defense and allowing 111.2 PPG.

This Western Conference matchup has the makings to be another fast-paced affair, with two of the league’s teams averaging the most possessions per game. The San Antonio Spurs come in as the 9th fastest team, averaging 102.8 possessions per game. The Spurs aren’t a fast team like other teams due to a high turnover rate or a high rate of three-point shots, but rather due to their high rate of passing and assists. The Spurs are currently the best assisting team, averaging 28.1 assists per game this season. The Spurs move the ball early in the shot clock, looking for a mismatch or a player with space to knock down a shot.

As for the Lakers, who are the fastest-paced team in the NBA, they’ve earned that title for a different reason. The main contributor to the team’s pace this season has been their turnover issues. The Lakers are tied for second-worst in the league with 16.1 turnovers per game, averaging a turnover on 14% of their offensive plays. With key players out for the Lakers once again, the offense will be run through Westbrook and James, who combined are responsible for 8.2 turnovers per game. Against a San Antonio team who is 5th best in the league at taking care of the ball and in the top half of the NBA for creating turnovers, the Lakers will once again have a long night with empty possessions and offensive woes.

No Defense to be Found

With a projected total of 223 points in this game, the odds are taking into effect the defensive struggles by both teams. Both find themselves in the bottom seven teams in points allowed per game and have given up worse than their average over the last week. Also taken into consideration is that both teams are top 10 in the league for offensive scoring. When two high-scoring offenses meet two terrible defenses, the scores table is going to be busy. Looking at the recent over/under trends for these teams as well, the over has been friendly for bettors as the over has hit in six of the Spurs last eight games, and in the matchup between the Lakers and Spurs, over has hit in eight of the last 11 games in Los Angeles.

Thursday will be the third time these teams meet in the season. The first two games back in October and November ended in favor of the Lakers. Looking back at the past few seasons, the Lakers have won seven of the last eight matchups.

How the Public is Betting the Spurs vs. Lakers

64% are betting the Lakers against the spread.

This matchup features two Western Conference teams that are below their expectations for the season. With a close spread of 1.5 points, I’m hesitant to go with the favored Lakers as they’ve let me down often this season with their inconsistent play. As for rolling with the Spurs to get an upset win on the road, their 12-18 record isn’t selling me on standing in their corner either. Rather, I see the most value in the total for this one. Having two of the NBA’s top offenses and worst defenses square off usually helps when considering the over. Whether the Lakers continue to give the ball away or minimize turnovers and turn more possessions into points, I see it as a win-win for over bettors. I’m taking the Over on the 223-point total for this game for those reasons. Bet your NBA picks for FREE this week by scoring a 100% REAL CASH bonus on your first deposit of $100 to $300 at MyBookie Sportsbook! (Must sign up through our link and use bonus code PREDICT100).