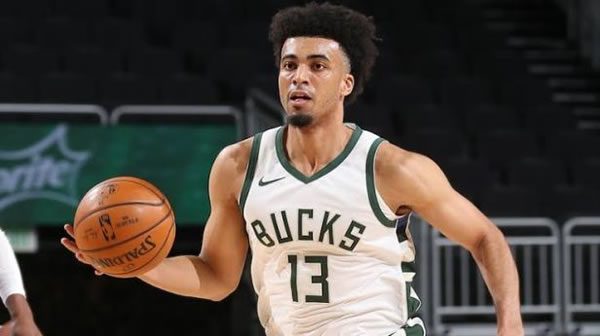 The Milwaukee Bucks enter today’s game, having won six of their past ten games. When playing away from home, the Bucks are slightly above .500, having gone 9-8. As the road team, the Bucks travel to Dallas with a positive plus-minus rating of 2.6 points. Overall the Bucks are ranked 4th among NBA teams in point differential (5.7). Among NBA teams, they have played the 6th toughest schedule.

For bettors, taking the Milwaukee Bucks to cover the spread has been a losing bet as they have covered in 42.40%% of their games. Their season-long plus-minus against the spread is -0.8.

Heading into this game, the Bucks will once again be without Giannis Antetokounmpo and his 27 points per contest. However, last night the team gladly welcomed back Khris Middleton from a hyper-extended knee. On the year, Middleton is averaging 18 points per game while knocking down 35% of his three-point shots. Newcomer Grayson Allen has been a pleasant surprise out of the starting lineup, contributing 12 points while hitting nearly three three-pointers a night.

The Dallas Mavericks enter today’s game, having won just 4 of their past ten games. When playing at American Airlines Center, the Mavericks are an above .500 team, having gone 8-7. As they take on the Bucks at home, the Mavericks have a negative home plus-minus of -0.8 points.
Overall the Mavericks are ranked 10th among NBA teams in point differential (1.6). So far, they have played the 17th toughest schedule in the league.

For bettors, taking the Dallas Mavericks to cover the spread has been a losing bet as they are covering the spread in 46.70% of their games.
Their season-long plus-minus against the spread is -1.0.

With COVID 19 having a significant impact across the league, few teams have been hit as hard as the Mavericks. Like their opponent, Dallas will be without their leading scorer and top overall player in Luka Doncic. Luckily, there is hope that Kristaps Porzingis can return to the lineup after missing time with a toe injury. In the team’s last game vs. Minnesota, Jalen Brunson picked up the scoring load, dropping 28 points in 40 minutes of action.

Coming into this game, the Bucks are the 11th ranked team in possessions per game (98.9). With their increased opportunities, the team has opted to fire away from downtown. So far, the team is ranked 4th in three-point attempts, averaging 39.7 per game. On the other side, Dallas prefers to limit a game’s possessions, ranking 30th in the NBA. Even though the Mavericks are the league’s slowest pace team, they still rank 5th in three-point attempts per contest (38).

The key to this game will be which team can get hot from downtown. Without Giannis Antetokounmpo, the Bucks have been even more reliant on their shots from deep. In last night’s game vs. Houston, Milwaukee took 46 three-point shots. On the year, the Mavericks have struggled to defend the three-point shot, allowing opponents to hit 36% of their looks behind the arc.

Tonight’s matchup between the Bucks and Mavericks will be their first meeting of the year. Last season, the two teams met up for two games, with each team picking up a win at home.

How the Public is Betting the Bucks vs. Mavericks

The Bucks are in the unenviable position of having to travel after playing the night before. Even though Khris Middleton made his return to the lineup, look for the Bucks to be careful with his minutes. I expect the Mavericks to pull out the win despite also being shorthanded.

My favorite prop bet of the night is to take Jordan Nwora for the Bucks to surpass his player prop for points. Every time Nwora gets an opportunity to play extended minutes, he comes up with more than his fair share of shots. In last night’s game, he posted 18 points in just 27 minutes of action. Look for Nwora to yet again finish near 20 points. Question: When you bet your games, are you laying -110 odds (or more)? If so, you REALLY need to take five minutes and make the switch to reduced vigorish sports betting. You only lay half as much juice. Making the change will save you THOUSANDS of dollars and it costs you NOTHING!