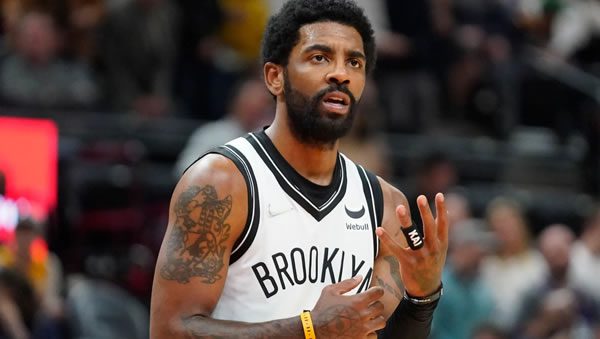 Heading into the game, Brooklyn is 18-12 overall. When taking to the road, Brooklyn has a mark of 8-7 and a win percentage of 53%. Currently, the team is 4th in the Eastern Conference. So far, they are 14-15-1 vs. the spread. In their matchup against Detroit, the Brooklyn Nets have won 5 straight games and will look to push that mark to 6 in a row.

After their win against the Raptors, Brooklyn will be looking to continue their momentum. Kyrie Irving had a big game, scoring 32 points to help lead the team to victory.

In their most recent game, Detroit was unable to come home with a victory against the Kings, losing by a score of 122-113. Despite Bojan Bogdanovic leading the team with 22 points, the Pistons were unable to overcome their status as 6-point underdogs. The Pistons also ended up with an ATS loss in the game.

This season, the Nets’ offense averages 112.7 points per game, which is 16th in the NBA. In terms of pace, Brooklyn has been playing at one of the slower tempo’s in the league, averaging just 98.1 possessions per game. Brooklyn heads into the game as one of the top 3-point shooting teams in terms of percentage. So far, they have hit 37.0% of their looks from deep. However, they are currently ranked just 24th in 3-point attempts per contest. On defense, the Nets allow an average of 112.12 points per game, placing them 18th in the league. So far, they have done a good job defending the 3-point arc, as teams are hitting just 34.46% of their looks from deep.

Kevin Durant is the top scorer for Brooklyn, averaging 29.9 points per game. This season, his field goal percentage is 56.2%. The team’s second-leading scorer is Kyrie Irving, with an average of 25.6 points per game.

Coming into the game, Detroit’s offense is ranked just 22nd in scoring at 111.0 points per game. This has come while being the 16th-ranked unit in pace. So far, the Pistons are averaging 99.6 possessions per contest. When looking at the team’s 3-point shooting numbers, they profile as an average team in both percentage and attempts. For the season, the Pistons’ offense is ranked 14th in 3-point attempts per game while connecting at a rate of 34.9%. The defense has not been a strong point for Detroit, as they are currently allowing 112.55 points per game. The team’s 3-point shooting defense has been a problem this year. So far, opposing offenses have hit 36.41% of their looks from the outside.

Going into today’s game, Bojan Bogdanovic is the leading scorer for the Detroit team, with an average of 21.1 points per game. This season, his field goal percentage is 49.9%. The team’s second top scorer is Jaden Ivey, who is averaging 14.8 points per game.

The Nets have been hot, but if you look at their game log, they’re not beating teams by very much. They will probably win this game, but not by seven points or more. I’m betting the Pistons as my best bet of the day!