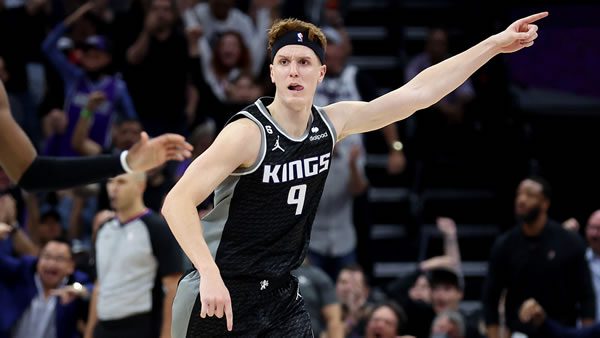 Point Spread: DEN -3.0/ SAC +3 (Deposit $200 and get $100 FREE at the web’s best sportsbook! Find a HUGE wagering menu, the best live wagering platform on the web AND a killer player rewards program where you get a rebate on EVERY bet; win or lose at Bovada Sportsbook!)

Heading into the game, Denver is 22-11 overall. When taking to the road, Denver has a mark of 10-8 and a win percentage of 56%. Currently, the team is 1st in the Western Conference. So far, they are 15-18-0 vs. the spread. In their matchup against Sacramento, the Denver Nuggets have won 5 straight games and will look to push that mark to 6 in a row.

The Nuggets came away with a win in their last matchup against the Kings, achieving a 113-106 victory as 3-point favorites. Michael Porter Jr. led the Nuggets with an impressive performance, scoring 30 points on a shooting percentage of 60.0%. In addition to the win, the Nuggets also covered the spread.

Heading into the game, Sacramento is 17-15 overall. When playing at home, Sacramento has a mark of 9-7 and a win percentage of 56%. Currently, the team is 7th in the Western Conference. So far, they are 18-13-1 vs. the spread. The Kings need a win in today’s matchup vs. Denver to avoid their 3rd straight loss.

In their last outing, Sacramento was unable to come home with a win against the Nuggets, losing by a score of 113-106. De’Aaron Fox led the team with 26 points, but it was not enough to overcome their status as 3-point underdogs. The Kings also ended up with an ATS loss in the game.

In the most recent matchup between the two teams, the Nuggets picked up the 113-106 win over the Kings. The Nuggets’ point margin of victory was enough to cover the spread as a 3.0-point favorite. This has been the only matchup between the two teams this season. Over the last five head-to-head meetings, the Nuggets have averaged 116 points per game compared to 107 for Sacramento. This has led to an ATS record of 3-2 for Denver. Over the course of these games, they averaged 223 points per game, leading a 2-3 over-under record.

For the season, Denver has put together one of the top-scoring offenses in the NBA at 115.9 points per game. When looking at their style of play, the team is currently near the league average in pace, averaging 98.7 possessions per contest. Denver has struggled with their 3-point shot this season, as they are currently ranked just 2nd in 3-point shooting percentage at 38.7%. In addition, they are near the bottom of the league in attempts, at just 30.2 attempts per contest. On defense, the Nuggets allow an average of 110.41 points per game, placing them 14th in the league. So far, they have done a good job defending the 3-point arc, as teams are hitting just 34.42% of their looks from deep.

Coming into today’s game, Nikola Jokic is the leading scorer for Denver at 25.3 points per game. This season, Jokic has a field goal percentage of 61.8%. The team’s second-leading scorer is Jamal Murray, at 18.3 points per contest.

This season, Sacramento is among the league leaders in scoring, averaging 117.8 points per game. So far, the Kings are also one of the more up-tempo teams in the league, sitting at 101.6 possessions per game. The three-point shot has been a big part of Sacramento’s offensive game plan, as they are ranked 6th in 3-point attempts per game. So far, they have connected on 35.3% of their looks from the outside. The defense has yet to be a team strength for Sacramento, as they currently allow 115.77 points per game. The team’s 3-point shooting defense has been a problem this year. So far, opposing offenses have hit 37.05% of their looks from the outside.

Heading into this matchup, Sacramento is in jeopardy of not having Domantas Sabonis in the lineup as he is questionable. This season, he is the team’s second-leading scorer at 17.9 points per game. So far, De’Aaron Fox leads the team in scoring and is averaging 23.3 points per contest.

There’s not a lot of data out on “same team back-to-backs” as this is somewhat of a new concept with the NBA. It will be very difficult for the Nuggets to take De’Aron Fox and Co. twice in two days. These Kings are my best bet of the day! Kick 2023 off right with free bowl game and Week 17 NFL bets! Deposit $100 to $300 and use promo code PREDICT100 and you’ll receive a massive 100% real cash bonus at MyBookie Sportsbook!