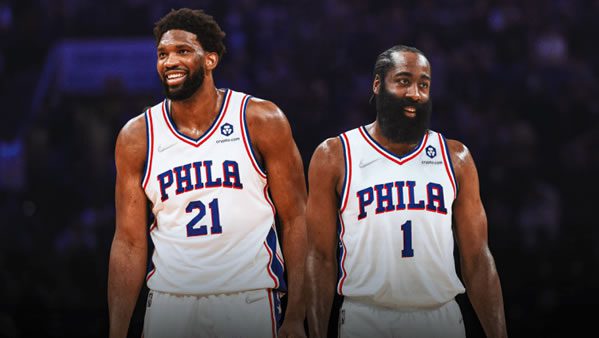 The Philadelphia 76ers host the New York Knicks in a Non-Conference matchup. Tip-off is set for 07:30 PM ET at the Wells Fargo Center.

The New York Knicks come into this game with an overall record of 25-36, placing them 12nd in the Eastern Conference. Throughout the season, New York has struggled in their 29 road contests, sitting at 12-17. Over the Knicks’ last five games, they have picked up just 0 wins. In this stretch, New York’s offense is scoring right in line with their season average, putting up 108.0 points per game. Combined, the Knicks’ last five opponents are giving up 109.0 points per contest. A key reason for New York’ recent struggles is a defensive unit giving up 118.0 points over their previous five contests. This figure is up from their season average of 107.0. In the New York Knicks’ most recent game, the team fell to Philadelphia by a score of 125-109.

As New York travels to take on the Philadelphia 76ers, the Knicks’ leading scorer is Julius Randle. Through 60 games, Randle is averaging 19 points. On the season, he has surpassed his season average in 50.0% of his games. So far, the 76ers are allowing their opponent’s top scorer to surpass their season average in 50.0% of their games, placing them 16th among NBA defenses. On the other side, Joel Embiid leads the 76ers in scoring, averaging 29 points across his 47 games. Throughout the season, Embiid has outscored his season average in 57.0% of his outings. However, if he hopes to add to this total, Embiid will need to do so against a Knicks defense that has been tough on their opponent’s top scorers. So far, leading scores have surpassed their season average at a rate of just 32.61%. This figure is good for a rank of 1st in the league.

Heading into this matchup, the Philadelphia 76ers are the more efficient team on both ends of the court. This scenario has taken place in 15 of Philadelphia’s 57 games, leading to a winning percentage of 67%. So far, the New York Knicks have played 12 games as the inferior offensive and defensive unit. In these instances, they have lost 12 times, by an average margin of -12.0 points.

Heading into today’s matchup, the New York Knicks and Philadelphia 76ers have met up for 3 games. In their last meeting, Philadelphia picked up a 125-109 win.

How the Public is Betting the Knicks vs 76ers

Heading into this game, all the hype is surrounding the Philadelphia 76ers’ new dynamic duo of James Harden and Joel Embiid. In their first two games, this combo has been deadly in the pick and roll. However, with a spread at 10.5 points, I like the Knicks to cover. In Sunday’s matchup, New York had an opportunity to pull off the upset late into the game. Instead, the team went ice cold down the stretch. In addition, I don’t see Embiid getting to the free-throw line with the same frequency. Look for New York to keep this game within 10 points. Note: I wrote a bunch of game previews today! Be sure to see my other matchups on our free NBA picks page!