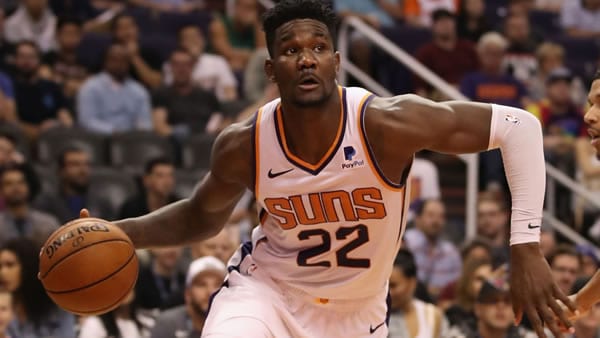 The Los Angeles Clippers avoided falling into a 3-0 hole in this best-of-seven Western Conference finals with a Game 3 victory Thursday night and aim to even things up when the teams meet for Game 4 Saturday night in LA. But it looks like the Clippers will again play without playoff great Kawhi Leonard. Los Angeles began this series as a +165 underdog to win it; then, after losing the first two games in Phoenix, the Clippers were gassed all the way to +545; now, with some life, LA is lined at +280 to take this series, with the Suns now giving -365. Here’s our homework for this Game 4, with today’s free NBA ATS pick.

The NBA playoffs betting market opened the wagering on this game with Phoenix favored by one point, with an over/under of right around 220. Early betting action on the spread hasn’t moved the line while the total can be found as low as 218 at WagerWeb

Phoenix leads this series two games to one following LA’s 106-92 Game 3 victory Thursday night. The Clippers trailed the Suns 53-50 early in the third quarter Thursday, then used a 21-3 run to go up 71-56 and held on from there for the outright win as home dogs of 1.5 points.

Games 1 and 2 both played close, with neither team ever leading by more than nine points. And LA had a chance to win Game 2 but blew it by missing a couple of crucial free throws late, then allowing a game-deciding dunk off an inbounds play with less than one second left.

Through the first three games of this series, Phoenix is shooting 48 percent from the floor, the Clippers 45 percent.

Los Angeles also lost the first two games of its first two playoff series of this postseason, against Dallas and Utah, then rallied to win both series. But our guess is the Clippers will find it a little harder to come back against this Suns team.

On the personnel front Phoenix G Chris Paul, who missed the first two games of this series doing that
“health protocol” stuff, played Thursday night but shot just 5/19 from the field. Our guess is he’ll improve upon that Saturday night. Meanwhile, LA will again play without F Kawhi Leonard, who’s still hurting with that torn knee.

So far, Los Angeles is 3-2 SU, 4-1 ATS since losing Leonard.The Suns finished four games ahead of LA in the regular-season standings, 51-21 to 47-25, but the Clippers took the season series two games to one. So on the season, these two teams have split six meetings SU, but Los Angeles is 4-2 ATS.

Totals are split 35-35 this postseason.

Unders are 4-2 in Suns-Clippers games this season.

Los Angeles played inspired ball in the second half Thursday night, but our belief is that victory was a one-off kind of thing. Phoenix is the better team in this match-up, especially with Paul back and Leonard out, and still our pick to win this series. We played the Suns for our free NBA pick each of the first three games of this series, and we’re sticking with them for Saturday’s game. Bet your weekend NBA picks FREE by taking advantage of a 100% REAL CASH bonus on your first deposit of $100 to $300 at one of the web’s best sportsbooks: MyBookie! (Must use bonus code PREDICT100 and sign up using this special link).