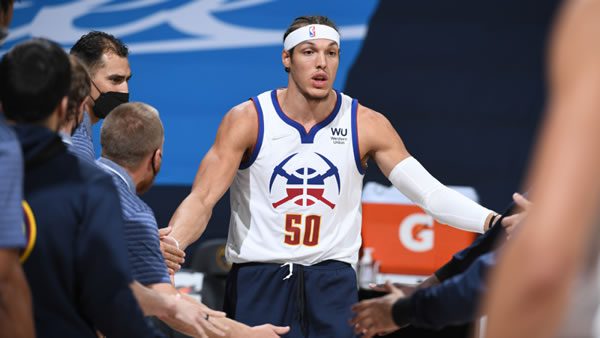 Heading into the game, Phoenix is 19-14 overall. When taking to the road, Phoenix has a mark of 5-9 and a win percent of 36%. Currently, the team is 4th in the Western Conference. So far, they are 16-15-2 vs the spread. Phoenix travels to take on the Nuggets, hoping to avoid their 3rd straight loss.

In their most recent game, Phoenix was unable to come away with a victory against the Grizzlies, losing by a score of 125-100. Despite Deandre Ayton leading the team with 18 points, the Suns were unable to overcome their status as 2-point underdogs. The Suns also ended up with an ATS loss in the game.

Heading into the game, Denver is 20-11 overall. When playing at home, Denver has a mark of 11-3 and a win percent of 79%. Currently, the team is 1st in the Western Conference. So far, they are 14-17-0 vs the spread. Denver will look to stay hot in today’s game vs Phoenix as they are the winners of 3 straight games.

In their preceding game, the Nuggets overpowered the Trail Blazers, earning a 120-107 win as 5-point favorites. Nikola Jokic led the way for the Nuggets, putting up 29 points on 57.1% shooting. The Nuggets not only secured the victory but also covered the spread.

In last year’s regular season, the two teams played games against each other, with the Suns walking away a series win at 2-1. Phoenix finished with an above .500 record on the road in their head-to-head matchups. In last year’s head-to-head meetings, the Suns averaged 121.33 points per game vs Denver, which was an increase over their season-long average. While the Suns saw a boost in scoring, the Nuggets averaged 112.33 points per contest in a head-to-head meeting vs Phoenix. This figure was similar to their season-long average. Over the last 5 head to head meetings, the Suns have averaged 121 points per game compared to 111 for Denver. This has led to an ATS record of 4-1 for Phoenix. Phoenix and Denver averaged a combined 232 points per game in these games, leading to an over-under mark of 3-2.

This year, Phoenix is the 25th ranked scoring unit in the NBA at 115.2 points per game. Their strong production has come despite being one of the slower-paced teams in the NBA at just 97.6 possessions per game. Phoenix’s offensive attack has benefited from some hot shooting from outside. Not only are they among the league leaders in 3-pointers attempted per game, but they are 7th in 3-point shooting percentage at 37.5%. Defensively, the Suns have been one of the best units in the NBA, allowing just 107.33 points per game. So far, they have done an excellent job defending the 3-point arc, allowing teams to hit just 33.88%.

Devin Booker is the top scorer for Phoenix, averaging 28.0 points per game. This season, his field goal percentage is 47.7%. The team’s second-leading scorer is Mikal Bridges with an average of 15.8 points per game.

For the season, Denver has put together one of the top scoring offenses in the NBA at 115.6 points per game. When looking at their style of play, the team is currently near the league average in pace, averaging 98.6 possessions per contest. Denver has struggled with their 3-point shot this season, as they are currently ranked just 1st in 3-point shooting percentage at 38.9%. In addition, they are near the bottom of the league in attempts, at just 29.8 attempts per contest. On defense, the Nuggets are allowing an average of 110.41 points per game, placing them 14th in the league. So far, they have done a good job defending the 3-point arc, as teams are hitting just 34.42% of their looks from deep.

Going into today’s game, Nikola Jokic is the leading scorer for the Denver team, with an average of 24.9 points per game. This season, his field goal percentage is 61.5%. The team’s second top scorer is Aaron Gordon, who is averaging 17.1 points per game.

The Denver Nuggets are 7-1 in their last eight home games. The Suns have been struggling as of late. I’m making a small money line wager on the Nuggets.