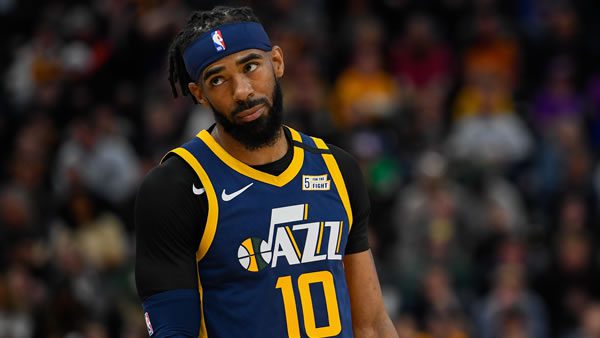 The Phoenix Suns come into this matchup with a 37-9 record and sit 1st in the Western Conference. The Suns have had a near-perfect month of January with a 10-1 record and currently ride a seven-game win streak. While their offense has been in the Top 5 all season, their defense is what has helped them dominate some of the best teams in the league. The Suns are amazing in two defensive categories this season that will be key in this game once again. Phoenix allows just a 43.7% field goal percentage from the floor and 32.9% from three-point range, which are both 3rd best in the NBA. Against the Jazz, who are Top 5 offensively in both of those categories, another effort to hold them under 110 points will be crucial as they face off for the second time this week. The Suns are led in scoring by Devin Booker, who is averaging 24.5 PPG, but will be inactive in this game. The Suns’ offense is 3rd in the NBA as they average 112.5 PPG this season. On defense, they sit in the 6th spot as they allow 104.6 PPG.

The Utah Jazz come into this game with a 30-18 record and sit 4th in the Western Conference. After climbing the ranks in the West with the best scoring offense in the league, their offense has become their downfall in recent weeks. As losers of four of their last five games, the Jazz were unable to surpass their season average of 114.1 PPG in any of those games. Facing two of the league’s top defenses in their last two contests certainly didn’t help their case, but if they want to make a push in the postseason, they will have to find ways to beat the Warriors and Suns in the regular season. Being without Mitchell and Gobert in this game will have the odds stacked against them as both players are crucial to their success on the floor, but the Suns are dealing with injuries as well, which keeps this game more even. The area that the Jazz need to dominate in this game is their efficiency from range. Being that Utah shoots the 2nd most threes per game at 40.4 attempts per game, getting a high percentage to go through the basket will be tough against one of the best teams at defending the perimeter. To have a chance to win this game, the Jazz will need to shoot the three-ball close to the 40% mark. The Jazz offense is led in scoring by Donovan Mitchell, who is averaging 25.5 PPG this season. Offensively, the Jazz is averaging a league-best 114.1 PPG. On defense, the Jazz has fallen down the ranks, now allowing 107.3 PPG, which is 12th best in the NBA.

Suns on the Road

While their season overall has been the most impressive thus far, the Suns on the road have been a terror. Currently, with an 18-4 road record, the Suns have the most road wins out of any team. Their last road loss came to the Celtics on New Year’s Eve, which means with a win tonight, the Suns will have a perfect month of road games. With their success on the road also comes their ability to cover the spread. The Suns are 14-8 ATS in their road games this season and are 4-0 ATS in their last four road games. Coming into this game, Phoenix is once again a road favorite, and for good reason. The Jazz is shorthanded without two of their key starters and give the odds a reason to be in their favor after beating the Jazz just two days ago at home. The Jazz being without Mitchell against this Phoenix defense is going to be their Achilles heel in this game.

The Jazz have an admirable 15-9 record at home this season, though playing at home hasn’t been their strong suit lately. The Jazz has just one home win this month against the Pistons, which means they haven’t fared well with the spread either. In all their home games, the Jazz is just 8-15-1 ATS and haven’t covered the spread at home since their December 15th win over the Clippers. Being underdogs also hasn’t played out well for the Jazz either as they are 2-7-1 ATS in their last ten games as underdogs. With the odds stacked against the Jazz, usually, there’s a silver lining to be found in favor of them that gives them an opportunity to expose the opposing team given their offensive firepower. In this case, they are the inferior team in nearly every category aside from a few on offense but are without their best scorer, so their biggest shot in this game is to have an “off” shooting night from the Suns.

Wednesday night will be the second time that these teams face off this season. The first contest was just two days ago, which ended in a 115-109 final in favor of the Suns. Looking back at the last few seasons, Phoenix has won five straight games against the Jazz.

How the Public is Betting the Suns vs. Jazz

This Western Conference matchup features two of the top offensive teams in the NBA. The Suns come in with a near-perfect record this month and have been able to stay consistent despite missing key players for stretches this season. The Jazz has hit a cold stretch offensively after establishing themselves as the highest-scoring team in the league and have been too inconsistent defensively to stand in their corner. Utah being without Mitchell will prove to be their downfall in this game as the Phoenix defense has been able to consistently shut down some of the league’s best scorers. To fill his shoes would require everyone else to step up and do more than their usual role, which for most teams leads to uncharacteristic play and increased miscues. Take the Phoenix Suns to cover the 4-point spread.