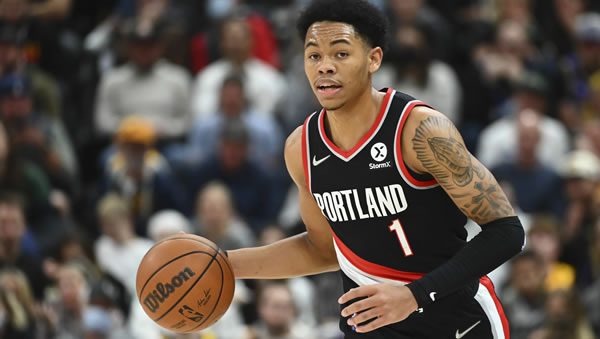 Heading into the game, Portland is 21-22 overall. When taking to the road, Portland has a mark of 10-14 and a win percentage of 42%. Currently, the team is 10th in the Western Conference. So far, they are 24-19-0 vs. the spread. In their matchup against Denver, the Portland Trail Blazers have won 2 straight games and will look to push that mark to 3 in a row.

The Trail Blazers came away with a win in their last matchup against the Mavericks, achieving a 140-123 victory as 9-point favorites. Damian Lillard led the Trail Blazers with an impressive performance, scoring 40 points on a shooting percentage of 58.8%. In addition to the win, the Trail Blazers also covered the spread.

Heading into the game, Denver is 30-13 overall. When playing at home, Denver has a mark of 19-3 and a win percentage of 86%. Currently, the team is 1st in the Western Conference. So far, they are 22-20-1 vs. the spread. Denver will look to stay hot in today’s game vs. Portland, as they are the winners of 6 straight games.

The Nuggets from Denver triumphed in their last match against the Magic, achieving a 119-116 victory. Aaron Gordon had the most points for the Nuggets with 25. Despite the win, the Nuggets did not cover the spread as 11-point favorites.

In the most recent matchup between the two teams, the Trail Blazers picked up the win 135-110 win over the Nuggets. Heading into the game, Portland was the 5.0-point underdogs, giving them an ATS win. So far this season, the Nuggets have a record of 2-1 vs. the Trail Blazers. Across the previous five meetings between the teams, the Nuggets have an average scoring margin of +11 points per game, leading to an ATS mark of 3-2. Over the course of these games, they averaged 235 points per game, leading a 3-2 over-under record.

This season, the Trail Blazers’ offense averages 113.3 points per game, which is 17th in the NBA. In terms of pace, Portland has been playing at one of the slower tempo’s in the league, averaging just 97.6 possessions per game. Portland’s offensive attack has benefited from some hot shooting from outside. Not only are they among the league leaders in 3-pointers attempted per game, but they are 6th in 3-point shooting percentage at 37.3%. The defense has been a work in progress for Portland, as they are currently allowing 115.11 points per game. The team’s 3-point shooting defense has been a problem this year. So far, opposing offenses have hit 36.95% of their looks from the outside.

This year, Denver is the 21st-ranked scoring unit in the NBA at 117.0 points per game. Their strong production has come despite being one of the slower-paced teams in the NBA at just 98.3 possessions per game. Denver has struggled with their 3-point shot this season, as they are currently ranked just 1st in 3-point shooting percentage at 39.9%. In addition, they are near the bottom of the league in attempts, at just 30.9 attempts per contest. On defense, the Nuggets allow an average of 110.41 points per game, placing them 14th in the league. So far, they have done a good job defending the 3-point arc, as teams are hitting just 34.42% of their looks from deep.

Coming into today’s game, Nikola Jokic is the leading scorer for Denver at 24.7 points per game. This season, Jokic has a field goal percentage of 62.0%. The team’s second-leading scorer is Jamal Murray, at 18.6 points per contest.

The Blazers are playing good ball right now and are very familiar with the Nuggets. I’m betting the Blazers at +7 tonight!