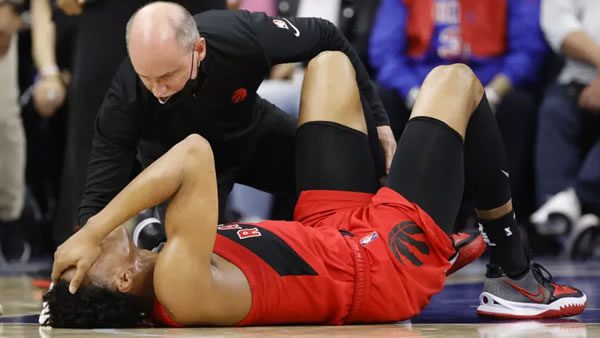 The Philadelphia 76ers host the Toronto Raptors in an Eastern-Conference matchup. Tip-off is set for 07:30 PM ET at the Wells Fargo Center.

The Toronto Raptors come into this game with an overall record of 48-34, placing them 5th in the Eastern Conference. So far, Toronto is above .500 on the road, holding a record of 24-18. Over their last five games, the Raptors have played well, picking up 3 wins. In this stretch, Toronto’s offense is scoring right in line with their season average, putting up 112.0 points per game. Combined, the Raptors’ last five opponents are giving up 110.0 points per contest. Even though Toronto has been picking up wins, their opponents have had no trouble scoring the ball, averaging 115.0 points per game, up from the Raptors’ usual rate of 107.4. In the Toronto Raptors’ most recent game, the team fell to Philadelphia by a score of 131-111.

As Toronto travels to take on the Philadelphia 76ers, the Raptors’ leading scorer is Pascal Siakam. Through 69 games, Siakam is averaging 22 points. On the season, he has surpassed his season average in 51.0% of his games. So far, the 76ers are allowing their opponent’s top scorer to surpass their season average in 50.0% of their games, placing them 15th among NBA defenses. On the other side, Joel Embiid leads the 76ers in scoring, averaging 30 points across his 71 games. Throughout the season, Embiid has outscored his season average in 52.0% of his outings. However, if he hopes to add to this total, Embiid will need to do so against a Raptors defense that has been tough on their opponent’s top scorers. So far, leading scores have surpassed their season average at a rate of just 42.86%. This figure is good for a rank of 5th in the league.

The 76ers come into this game as the more efficient offensive team, averaging 110.4 points per 100 possessions. When playing as the superior offensive unit, Philadelphia is winning at a rate of 71%. These wins are coming by an average margin of 11.0 points. On the other side, the Raptors hold the advantage on the defensive end of the floor. So far, they have played 27 games as the better defensive team, picking up 18 wins.

Heading into today’s matchup, the Toronto Raptors and Philadelphia 76ers have met up for 5 games. In their last meeting, Philadelphia picked up a 131-111 win.

The Philadelphia 76ers enter this matchup with a 1-0 lead, after a dominating performance in game 1. The Sixers have to feel good heading into game 2, as they only needed a 19 point effort from Joel Embiid to handle the Raptors. Instead, Tryese Maxey kicked off the playoffs with a 38-point performance. Although Raptors coach Nick Nurse is known for his ability to make playoff adjustments, I see the Sixers taking care of business once again. With the spread sitting 7.5 points in favor of Philadelphia, look for the 76ers to cover the spread. Bet your NBA playoffs picks for FREE by scoring a 100% bonus real cash bonus on your first deposit of $100 to $300 at MyBookie Sportsbook! (Must use bonus code PREDICT100).