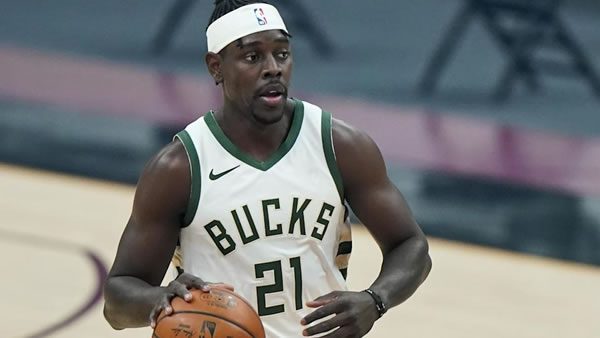 Toronto will be looking to build on their most recent win over the Knicks. Fred VanVleet led the team to a win with his 33 points. The Raptors were 2 point underdogs on the spread, giving them an ATS win.

In their last game, Milwaukee defeated the Pacers (132-119) as 5-point favorites. Jrue Holiday led the team with 35 points on 68.4% shooting. The Bucks also covered the spread with the victory.

In the most recent matchup between the two teams, the Bucks picked up the win 104-101 win over the Raptors. Heading into the game, Milwaukee was the 5.5-point underdogs, giving them an ATS win. This has been the only matchup between the two teams this season. The ATS record across the previous five head-to-head meetings is 4-1 in favor of the Raptors. Toronto has averaged 105 points per game in these matchups while allowing 100. The over-under record in these same games is 1-4, with the teams combining for an average of 205 points per game.

This season, Toronto is averaging just 112.0 points per game, which places them 24th in the league. A major reason for these low numbers is the fact that they play at one of the slower paces in the NBA at just 97.4 possessions per game. Toronto’s 3-point shooting numbers are below the league average, as they have hit just 32.8% of their looks from deep. On average, the team gets up 32.8 3-point shots per game, placing them 19th in the NBA. Defensively, the Raptors have been one of the best units in the NBA, allowing just 107.1 points per game. So far, they have allowed a 3-point shooting percentage of 35.34%, placing them 17th in the NBA.

Coming into the game, Milwaukee’s offense is ranked just 21st in scoring at 112.2 points per game. This has come while being the 15th-ranked unit in pace. So far, the Bucks are averaging 99.5 possessions per contest. The three-point shot has been a big part of Milwaukee’s offensive game plan, as they are ranked 5th in 3-point attempts per game. So far, they have connected on 35.2% of their looks from the outside. On defense, the Bucks allow an average of 112.13 points per game, placing them 19th in the league. So far, opposing teams are hitting 35.73% of their looks from deep vs. Milwaukee.

A major injury to note for today’s game is that Milwaukee will not have Giannis Antetokounmpo available, as he is already listed as out on the injury report. Bobby Portis will take on the role of the primary scorer for the team. This season, Portis is averaging 14.2 points per game for the Bucks.

The Raptors had a big emotional overtime win last night in the Big Apple. They then had to travel to the Midwest to take on a Bucks team that also played last night (beat up Indy) but got to sleep in their own beds. The Raptors are receiving sharp action because they have covered a +5.5 in seven out of the last eight meetings. I’ll take my chances with laying the points here on Milwaukee, as an emotional overtime win in NY plus travel could make for tired legs.