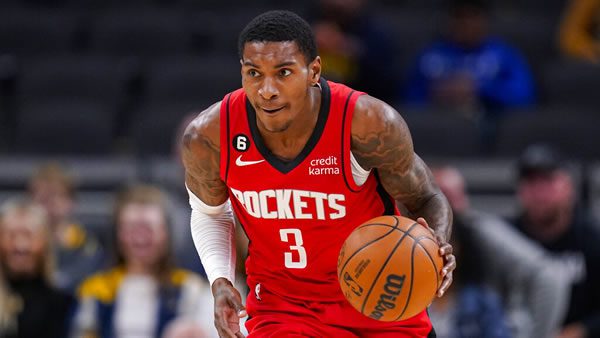 So far, the Rockets have put together an overall record of 1-6, while going 2-3-2 vs the
spread. Today, the Rockets will be looking to snap a 3 game losing streak. In these games, they
have an average scoring differential of -12.33 points.

Houston is trying to bounce back from a 124-109 loss to the Suns. Going into this game, the
team was 12 point underdogs on the spread, giving them an ATS loss. The game got away from
Houston in the 2nd half, as the Suns extended their 9 point halftime lead to grab a 15 point win.
Leading the team in scoring was Kevin Porter Jr., as he contributed 26 points while hitting 41.2%
of his shots.

The Clippers come into today’s matchup with an overall record of 2-4. So far, the team has
gone 1-4-1 against the spread. Los Angeles will take the court having lost 4 straight games. On
average, they have lost these games by 15.0 points per game.

The Clippers are coming off a disappointing 112-91 loss to the Pelicans. Going into the game,
they were favored to win by 2 points. Los Angeles struggled in the 2nd half of this matchup, as
the teams were all tied at 52 heading into halftime. In the loss, Norman Powell led the team in
scoring with 18 points on a field goal percentage of 50.0%.

Last season, the Clippers finished with the leg up in their head-to-head games vs Houston,
going 3-0. When they played the Rockets at home, they posted a mark of 1-0. Last year, the
Rockets saw a drop in overall scoring when playing the Clippers, averaging 103.0 points per game.
As for Houston, they actually improved their points per game numbers in head-to-head matchups,
averaging 118.0 points per contest against the Clippers. When looking at how these teams have
performed vs the spread in recent matchups, the Rockets have an ATS mark of 3-2. Yet, the
Clippers have averaged more points per game in these contests, at 115 compared to Los Angeles at
107. The over-under record in these same games is 2-3, with the teams combining for an average of
222 points per game.

Through 7 games, Houston is averaging 109.9 points per game (23rd). When looking at the
Rockets’ pace of play, they tend to play an up-tempo style of basketball. So far, the team is in
the upper half of the NBA in possessions per game, averaging 100.6. Yet, they are still a
below-average group in terms of made shots per game. So far, the Rockets are 24th in fields goals
made per contest.

Defensively, Houston has had its problems giving up an average of 118.2 points per game
(30th).

Leading scorer Kevin Porter Jr. will need to be on top of his game vs the Clippers, as they
were on the NBA’s top teams at limiting the scoring of opposing point-guards.

This season, the Los Angeles offense has had their problems scoring the ball as they are a
below average unit at 100.7 points per game. So far, the Clippers are averaging 97.6 possessions
per game, which places them below the NBA average. This slow style of play has made a difference
in their overall scoring numbers, as Los Angeles is just 28th in made field goals per game.

On the defensive end of the floor, the Clippers are giving up an average of 108.39 points per
game, good for 11th in the NBA.

A key matchup to watch is if the teams leading scorer Paul George will be limited at all by
the Rockets, who are on the NBA’s top teams at limiting the scoring of opposing
small-forwards.

I’m almost positive the Rockets are tanking with hopes to get the number one pick. Their
roster is too talented to be losing by these margins. I think that trend continues tonight in
Tinsel Town. I’m betting the Clippers!