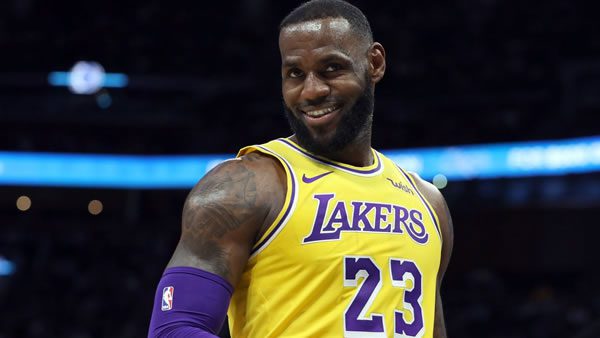 Heading into the game, Houston is 10-33 overall. When taking to the road, Houston has a mark of 4-19 and a win percentage of 17%. Currently, the team is 15th in the Western Conference. So far, they are 16-25-2 vs. the spread. Houston travels to take on the Lakers, hoping to avoid their 11th straight loss.

In their most recent game, Houston was unable to come away with a victory against the Clippers, losing by a score of 121-100. Despite Eric Gordon leading the team with 24 points, the Rockets were unable to overcome their status as 10-point underdogs. The Rockets also ended up with an ATS loss in the game.

Heading into the game, Los Angeles is 19-24 overall. When playing at home, Los Angeles has a mark of 10-10 and a win percentage of 50%. Currently, the team is 13th in the Western Conference. So far, they are 19-21-3 vs. the spread. The Lakers need a win in today’s matchup vs. Houston to avoid their 4th straight loss.

After suffering a 113-112 loss to the 76ers, Los Angeles will be looking to bounce back. LeBron James was the team’s leading scorer with 35 points on a shooting percentage of 65.2%. In terms of betting, the Lakers managed to cover the spread as 5-point underdogs heading into the game.

In last year’s regular season games with the Lakers as the home team, Los Angeles went 2-0. Overall, they posted a mark of 3-1 against the Rockets. In last year’s head-to-head meetings, the Rockets averaged 116.0 points per game vs. Los Angeles, which was an increase over their season-long average. On the other side, the Lakers also experienced an uptick in scoring during head-to-head matchups, averaging 119.0 points per game vs. Houston. In terms of betting vs. the spread, the Rockets have gone 4-1, but the Lakers actually have a positive scoring differential. In these meetings, Los Angeles has averaged 120 points per contest while allowing 117. In these contests, they averaged a combined 237 points per game, leading to an over-under mark of 4-1.

Coming into the game, Houston’s offense is ranked just 29th in scoring at 109.1 points per game. This has come while being the 17th-ranked unit in pace. So far, the Rockets are averaging 99.0 possessions per contest. The Rockets have been able to put together a strong offensive attack despite sitting just 28th in 3-point shooting percentage. Overall, they are among the league leaders in attempts at 35.3 attempts per game. The defense has been sub-par for Houston, as they currently allow 118.2 points per game. In terms of their 3-point defense, opposing teams have hit 35.03% of their looks from deep, placing the Rockets 14th in the NBA.

Heading into today’s game, Houston will need a strong offensive effort from Jalen Green, and the team’s supporting cast as Kevin Porter Jr. won’t be available vs. Los Angeles. So far, Porter Jr. is averaging 19.2 points per game. Green leads the Rockets at 21.5 points per contest.

This season, Los Angeles is among the league leaders in scoring, averaging 116.5 points per game. So far, the Lakers are also one of the more up-tempo teams in the league, sitting at 102.8 possessions per game. Los Angeles has struggled with their 3-point shot this season, as they are currently ranked just 26th in 3-point shooting percentage at 33.7%. In addition, they are near the bottom of the league in attempts, at just 30.5 attempts per contest. The defense has been a struggle for Los Angeles, as they currently allow 115.15 points per game. In terms of their 3-point defense, opposing teams have hit 35.38% of their looks from deep, placing the Lakers 18th in the NBA.

Heading into today’s game, Los Angeles will need a strong offensive effort from LeBron James and the team’s supporting cast as Anthony Davis won’t be available vs. Houston. So far, Davis is averaging 27.4 points per game. James leads the Lakers at 29.2 points per contest.

The Houston Rockets appear to be vying for the first pick in the 2023 draft with hopes of grabbing Victor Wembanyama. Losing three straight games by 20+ points kind of gives that indication! With Tillman Fertitta’s team tanking, it’s not a question of will the Lakers win. It’s “by how many? Keep an eye on the starting lineups, as this is back-to-back, and Lebron may sit. I doubt he’ll do that on MLK Day, though! We’re betting on the Lakers minus the points! Bet your NBA picks for FREE this week by taking advantage of a 100% real cash bonus on your first deposit of $100 to $300 when you use bonus code PREDICTE100 at MyBookie Sportsbook!