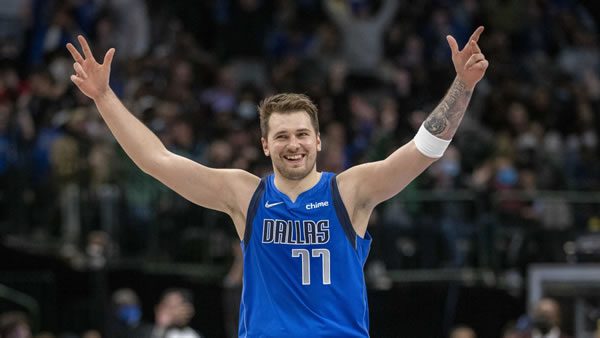 Most recently, Houston lost to the Celtics by a score of 126-102. Jalen Green and his 28 points was not enough for the team to pull out a win as 15-point underdogs. The Rockets also finished with an ATS loss in the game.

Heading into the game, Dallas is 19-16 overall. When playing at home, Dallas has a mark of 14-5 and a win percentage of 74%. Currently, the team is 7th in the Western Conference. So far, they are 12-21-2 vs. the spread. Dallas will look to stay hot in today’s game vs. Houston as they are the winners of 4 straight games.

In their last outing, the Mavericks emerged victorious against the Knicks, winning by a score of 126-121. Luka Doncic led the team in scoring with 60 points. The Dallas team was not able to cover the spread as 5-point favorites.

In the most recent matchup between the two teams, the Rockets picked up the win 101-92 win over the Mavericks. Heading into the game, Houston was the 6.5-point underdogs, giving them an ATS win. So far, the two teams have split their season series, with each team at 1-1. The Mavericks have had the better record vs. the spread over the last five games, going 3-2. The team’s average scoring margin in these contests sits at 11 points per game. Houston and Dallas averaged a combined 211 points per game in these games, leading to an over-under mark of 1-4.

Coming into the game, Houston’s offense is ranked just 28th in scoring at 109.9 points per game. This has come while being the 17th-ranked unit in pace. So far, the Rockets are averaging 99.1 possessions per contest. The Rockets have been able to put together a strong offensive attack despite sitting just 28th in 3-point shooting percentage. Overall, they are among the league leaders in attempts at 34.8 attempts per game. The defense, or lack of it, has been dreadful for Houston, a team allowing 118.2 points per game. In terms of their 3-point defense, opposing teams have hit 35.03% of their looks from deep, placing the Rockets 14th in the NBA.

This season, the Mavericks’ offense is averaging 111.8 points per game, which is 20th in the NBA. In terms of pace, Dallas has been playing at one of the slower tempo’s in the league, averaging just 96.5 possessions per game. The three-point shot has been a big part of Dallas’ offensive game plan, as they are ranked 3rd in 3-point attempts per game. So far, they have connected on 35.8% of their looks from the outside. Defensively, the Mavericks have been one of the best units in the NBA, allowing just 104.72 points per game. So far, they have done an excellent job defending the 3-point arc, allowing teams to hit just 33.98%.

Luka Doncic is the top scorer for the Mavericks, with an average of 33.6 points per game. This season, his field goal percentage is 50.6%. Spencer Dinwiddie is the team’s second-leading scorer, averaging 16.5 points per game.

The Rockets are a helter skelter team. They’re extremely vulnerable on the road as well. The Mavs are on a four-game heater and have been at home for quite some time. Everything sets up to be a BIG Dallas win and cover! Question! Do you like to save money? Do you find it ridiculous to waste money? Then why are you still laying -110 odds at your bookie when you could be laying only -105 odds? It doesn’t make any sense to overpay! Make your dollars stretch farther in 2023! Bet smart by signing up for a betting account at BetAnySports!