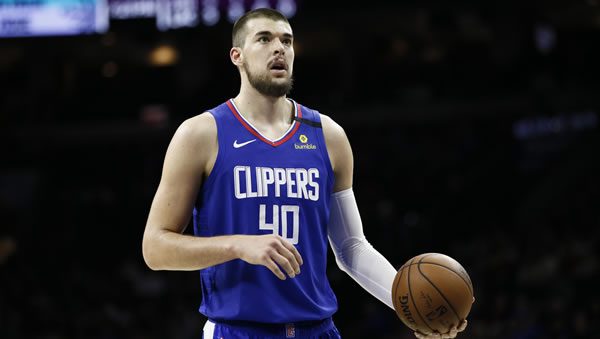 The Sacramento Kings started the season with a 5-5 start through 10 games and were in the mix of the western conference. Since then, the Kings have gone 3-9 and have dropped their last two games. Last night on the floor, they held a 9-point halftime lead before a second-half collapse where they scored just 33 points. De’Aaron Fox leads the team scoring with 20.2 PPG, though the offense is spread evenly with six players averaging double-digit points this season. The Sacramento offense finds itself in the middle of the pack, scoring 109.4 PPG. Defensively is where they’ve seen their struggles, allowing 113.3 PPG, which is third-worst in the league.

The Clippers started the season with a 6-4 record but have seen a similar fate as the Kings, falling short in six of their last ten games and now sit at an 11-10 record. In their last game, the Clippers lost to the Pelicans in a 123-104 final. In that game, the Clippers were a 7-point favorite but had an offensive slump as two starters were held to single digits for points. Paul George leads the team with 25.9 PPG and leads the team in assists and steals per game as well. Scoring has been hard to come by for the Clippers offense as of late, as Reggie Jackson is the only other player on the team averaging more than 10-points per game. Los Angeles averages 105.1 PPG offensively and gives up 103.6 PPG defensively, giving the team a 1.5-point differential.

Early into the Clippers season, the offense has seen its fair share of disappointing numbers. At just over 105 PPG, they find themselves in the bottom ten teams, and for the time being, it appears like that isn’t going to change. Paul George has consistently put up his expected numbers night in and night out but has had little to no help from his teammates. With Reggie Jackson, the next most reliable scorer, they need Bledsoe to be more productive and their bench. Two areas that the team ranks in the bottom five of the league are offensive efficiency and field goal percentage. Again, with George being the focal point of the offense, if teams can keep him under control to win games, the rest of the Clippers offense will have to start knocking down more shots. With the team shooting just 44.5% from the floor, they need to get out of their shooting slump in a hurry because George can only put the team on his back for so long before the long season starts to weigh him down. While the Kings aren’t known for their offense, they should be able to keep pace in this game as they rely on all their starters to contribute, thus not putting all the pressure on one player like the Clippers have to every game.

The pace for this game is going to be fast as both teams are in the top half of the NBA for possessions per game. The Kings are averaging 104.7 possessions, and the Clippers aren’t far behind at 102.5. As mentioned above, the Kings distribute the ball very well, getting everyone involved in the scoring party. Given the fast-paced play, unless Los Angeles has an epiphany and everyone plays their best game of the season, we’re going to see more missed shots and more opportunities for the Kings to steal a game on the road.

With the lack of offense from the Clippers comes the lack of being able to win games they are expected to. In their last six games as a favorite, they have only managed to cover the spread in one game. They have also failed to use the Staples Center crowd to their advantage as they are 0-4 ATS in their last four home games as well. Understandably so, the Clippers are once again favored in this game at home, but a 7.5-point spread sounds like a tall task for a team that hasn’t shown they can hang with any team, good or bad.

Wednesday night’s game marks the first time these teams will face each other this season. Looking back over the past few years, the Kings have won three of the last five games. Their most recent game back in February was a 113-110 final in favor of the Kings.

How the Public is Betting the Kings vs. Clippers

80% are betting the Clippers to cover the spread.

This Wednesday night matchup features two teams looking to snap their short two-game skid. While I see Paul George having himself another vintage night at the Staples Center, I can’t dismiss the Kings offense and ability to hang with teams that are expected to beat them. With the Clippers struggling to find their offensive groove, I expect the Kings to keep this one close. Take the Sacramento Kings against the 7.5-point spread. Bet your NBA picks for FREE by taking advantage of a 100% REAL CASH bonus on you first deposit of $100 to $300 at MyBookie Sportsbook! (Must use bonus code PREDICT100).