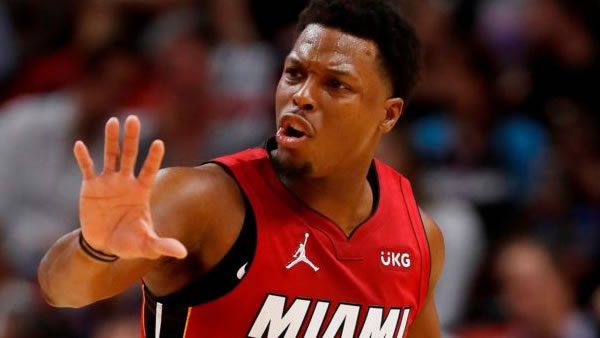 In their upcoming game, San Antonio will be looking to capitalize on their recent win over the Rockets. Keldon Johnson led the way for the Spurs with 32 points. Despite being 1 point underdogs on the spread, the Spurs were able to secure an ATS win.

Most recently, the Heat took down the Clippers by a score of 115-110. Bam Adebayo finished with 31 points, which was most on the team. Miami did not cover the spread as 6-point favorites.

The Heat will look to carry over last year’s success vs. San Antonio, as they won both games of the series. The average point total of these two meetings was 224.0, with Miami winning by scores of 112-95 and 129-95. Similar to their season-long average, the Spurs averaged 112.0 points per game vs. the Heat. On the other side, Miami saw an improvement in their scoring numbers when playing the Spurs, as they averaged 122.5 points per game in these matchups. The ATS record across the previous five head-to-head meetings is 3-2 in favor of the Heat. In these matchups, Miami has averaged 114 points per game while allowing 105. In these contests, they averaged a combined 219 points per game, leading to an over-under mark of 2-3.

For the season, San Antonio is averaging just 109.8 points per game, which is 25th in the league. This below-average production has come despite being one of the faster-paced teams in the NBA (7th). The Spurs have been able to put together a strong offensive attack despite sitting just 21st in 3-point shooting percentage. Overall, they are among the league leaders in attempts at 34.4 attempts per game. The defense has been a struggle for San Antonio, as they are currently just 113.04 in points per game allowed. In terms of their 3-point defense, opposing teams have hit 35.84% of their looks from deep, placing the Spurs 20th in the NBA.

Heading into this matchup, San Antonio is in jeopardy of not having Devin Vassell in the lineup as he is questionable. This season, he is the team’s second-leading scorer at 20.5 points per game. So far, Keldon Johnson leads the team in scoring.

This season, Miami is averaging just 108.5 points per game, which places them 28th in the league. A major reason for these low numbers is the fact that they play at one of the slower paces in the NBA, at just 98.0 possessions per game. The Heat have been able to put together a strong offensive attack despite sitting just 22nd in 3-point shooting percentage. Overall, they are among the league leaders in attempts at 35.3 attempts per game. Defensively, the Heat have been one of the best units in the NBA, allowing just 105.57 points per game. So far, they have done an excellent job defending the 3-point arc, allowing teams to hit just 34.0%.

Bam Adebayo is the top scorer for Miami, averaging 21.2 points per game. This season, his field goal percentage is 53.5%. The team’s second-leading scorer is Kyle Lowry, with an average of 14.4 points per game.

The Spurs have been absolutely bombed in two of their last three outings. Oddly, two-thirds of the general betting public love the Spurs. I like Miami to win by 15+ in a blowout!