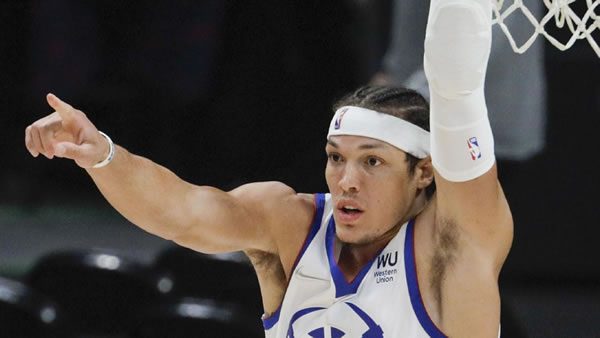 The Spurs come into today’s matchup with an overall record of 5-4. So far, the team has gone
8-1-0 against the spread. Over the Spurs’ current 2-game losing streak, they have an average
scoring differential of -25.0 points per game.

The Spurs will be looking to bounce back from a 113-106 loss to the Clippers. In terms of
betting, San Antonio entered as 3-point underdogs, giving them an ATS win. San Antonio let an
opportunity for a win slip away as they held a lead going into the 2nd half of action. In the
loss, Devin Vassell led the team in scoring with 29 points on a field goal percentage of
75.0%.

So far, the Nuggets have put together an overall record of 5-3, while going 4-4-0 vs the
spread. In the team’s past 3 games, their overall mark sits at 2-1. Denver is 2-1 vs the spread
in these matchups.

The Nuggets will look to keep things rolling, as they previously beat the Thunder by a score
of 122-110. Heading into the game, they were 6 point favorites on the spread, giving them an ATS
win. Denver was able to take care of business in the second half of this game, as they didn’t
allow the Thunder to cut into their 14 point halftime lead. In the win, Aaron Gordon led the team
in scoring with 27 points on a field goal percentage of 76.9%.

Coming into today’s action, San Antonio is averaging 114.7 points per contest. This figure
places them 12th in the league. The Spurs come into the game as one of the league’s better
3-point shooting teams, connecting at a rate of 14 made 3’s per game. If the San Antonio
offense is going to continue to produce at a high level, they will need to do a better job taking
care of the ball, as they are turning the ball over at an above-average rate.

Against the Nuggets, the Spurs will need a stronger defensive effort as they are ranked just
23rd in points allowed.

Leading scorer Keldon Johnson will need to be on top of his game vs. the Nuggets, as they were
on the NBA’s top teams at limiting the scoring of opposing small-forwards.

Denver will look to continue with their strong offensive play, as they are averaging 115.1
points per game (11th). The Nuggets come into the game as one of the league’s better 3-point
shooting teams, connecting at a rate of 13.9 made 3’s per game. If the Nuggets’ offense is going
to improve, they could look to play at a faster tempo, as they currently average just 100.0
possession per game. This could benefit the team as they are currently one of the better 3-point
shooting units in the NBA.

On defense, the Nuggets will look for some improved play, as they are currently the
14th-ranked unit in points allowed per game.

Nikola Jokic could be in line for a big game vs. the Spurs, as they were one of the worst units
at defending centers in the 2021-2022 regular season.

The Nuggets have done an about-face and won three of their last four games with ease. Look for
more of the same against a Spurs team that lost by 43 points to the Raptors a couple of games ago.
I’m laying the wood with the Nuggets!