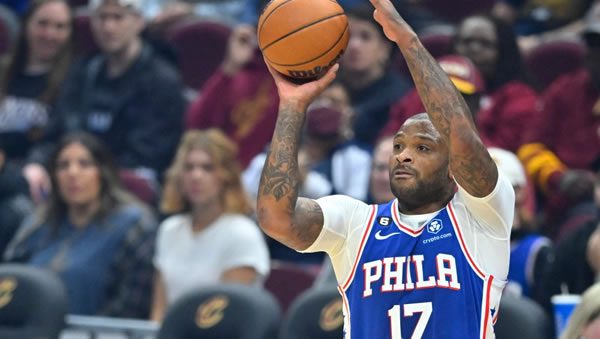 After suffering a 112-111 loss to the Heat, Oklahoma City will be looking to bounce back. Shai Gilgeous-Alexander was the team’s leading scorer with 26 points on a shooting percentage of 50.0%. In terms of betting, the Thunder managed to cover the spread as 2-point underdogs heading into the game.

Heading into the game, Philadelphia is 25-15 overall. When playing at home, Philadelphia has a mark of 17-6 and a win percentage of 74%. Currently, the team is 4th in the Eastern Conference. So far, they are 23-16-1 vs. the spread. Philadelphia will look to stay hot in today’s game vs. Oklahoma City as they are the winners of 2 straight games.

In their preceding game, the 76ers overpowered the Pistons, earning a 147-116 win as a 14-point favorites. Joel Embiid led the way for the 76ers, putting up 36 points on 60.0% shooting. The 76ers not only secured the victory but also covered the spread.

In the most recent matchup between the two teams, the 76ers picked up the 115-96 win over the Thunder. The 76ers margin of victory was enough to cover the spread as 2.5 point favorite. This has been the only matchup between the two teams this season. Over the last five head-to-head meetings, the 76ers have averaged 113 points per game compared to 93 for Oklahoma City. This has led to an ATS record of 4-1 for Philadelphia. In these contests, they averaged a combined 206 points per game, leading to an over-under mark of 1-4.

This season, the 76ers offense is averaging 113.7 points per game, which is 16th in the NBA. In terms of pace, Philadelphia has been playing at one of the slower tempo’s in the league, averaging just 98.3 possessions per game. Philadelphia’s 3-point shooting numbers are below the league average, as they have hit just 38.0% of their looks from deep. On average, the team gets up 33.5 3-point shots per game, placing them 15th in the NBA. Defensively, the 76ers have been one of the best units in the NBA, allowing just 107.33 points per game. So far, they have done an excellent job defending the 3-point arc, allowing teams to hit just 34.56%.

The Oklahoma City Thunder haven’t won a road game in quite some time (6 games). I don’t expect that to change Thursday night on the road against the Philadelphia 76ers, who present major matchup problems for OKC. I rarely ever lay this many points, but I am tonight with Philly at -9.5.