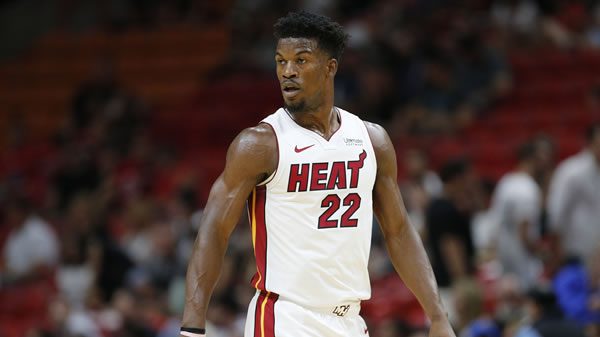 Heading into the game, Minnesota is 16-17 overall. When taking to the road, Minnesota has a mark of 7-9 and a win percentage of 44%. Currently, the team is 10th in the Western Conference. So far, they are 13-20-0 vs. the spread. Minnesota travels to take on the Heat, hoping to avoid their 3rd straight loss.

In their last outing, Minnesota was unable to come away with a win against the Celtics, losing by a score of 121-109. Anthony Edwards led the team with 30 points, but it was not enough to overcome their status as 9-point underdogs. The Timberwolves also ended up with an ATS loss in the game.

Heading into the game, Miami is 16-17 overall. When playing at home, Miami has a mark of 9-8 and a win percentage of 53%. Currently, the team is 9th in the Eastern Conference. So far, they are 11-21-1 vs. the spread. The Heat need a win in today’s matchup vs. Minnesota to avoid their 3rd straight loss.

In their most recent matchup, the Pacers defeated Miami with a score of 111-108. Tyler Herro scored the most points for the team with 28, but it was not enough to earn the win. The Heat were 6 points ahead going into the game.

In the most recent game between the two teams, the Timberwolves picked up a 105-101 win over the Heat. However, heading into the game, Minnesota was favored to win by 8.5 points, giving the Heat an ATS victory. This has been the only matchup between the two teams this season. In terms of betting, Minnesota has an ATS record of 3-2 in the previous five matchups vs. Miami. This mark has come on an average scoring margin of +5 points per game in favor of the Timberwolves. Minnesota and Miami averaged a combined 219 points per game in these games, leading to an over-under mark of 3-2.

This season, Minnesota is among the league leaders in scoring, averaging 114.8 points per game. So far, the Timberwolves are also one of the more up-tempo teams in the league, sitting at 101.6 possessions per game. Minnesota’s 3-point shooting numbers are below the league average, as they have hit just 34.1% of their looks from deep. On average, the team gets up 32.5 3-point shots per game, placing them 20th in the NBA. The defense has not been a strong point for Minnesota, as they are currently allowing 113.3 points per game. However, even with their overall struggles, the team has done a good job defending the 3-point line. So far, opposing teams have hit just 34.89% of their looks from deep.

Going into today’s game, Anthony Edwards is the leading scorer for the Minnesota team, with an average of 23.2 points per game. This season, his field goal percentage is 45.8%. The team’s second top scorer is D’Angelo Russell, who is averaging 16.6 points per game.

This season, Miami is averaging just 108.0 points per game, which places them 29th in the league. A major reason for these low numbers is the fact that they play at one of the slower paces in the NBA at just 97.4 possessions per game. The Heat have been able to put together a strong offensive attack despite sitting just 21st in 3-point shooting percentage. Overall, they are among the league leaders in attempts at 36.2 attempts per game. Defensively, the Heat have been one of the best units in the NBA, allowing just 105.57 points per game. So far, they have done an excellent job defending the 3-point arc, allowing teams to hit just 34.0%.

Heading into the game, Bam Adebayo is listed as questionable on the injury report. This season, he is averaging 20.8 points per game. Currently, Tyler Herro is also contributing 21.4 points per contest.

Jimmy Butler has a sprained ankle, and Bam Adebayo has a sprained shoulder. Both are questionable. Bam’s backup Demon is out too. That would force a VERY inexperienced Orlando Robinson into action, which is bad news for Miami. Even if Jimmy Buckets and Bam play, they’re banged up. I’ll take my chances at +4.5 with a T-Wolves team that has Rudy Gobert in the middle vs. a much less killed player. Bet your NBA predictions for FREE this week by scoring a massive 100% real cash bonus up to $500 when you use bonus promo code PREDICTEM at Betnow Sportsbook!