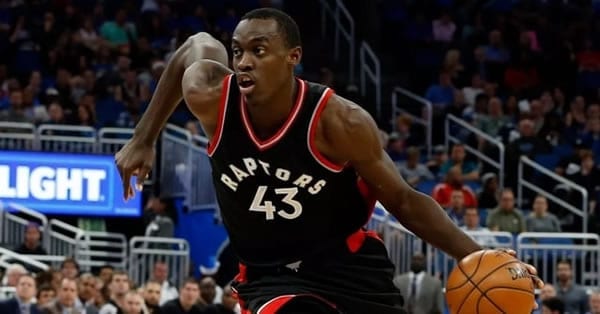 Game Five was nothing short of a thriller as the game was decided on the last possession. Raptors Point Guard Kyle Lowry would get a three-point shot off before the buzzer and had it landed, it would have ignited the entire country of Canada into pandemonium. However, Warriors Forward Draymond Green got a hand on the ball to deflect the shot off course and allow Golden State to live to fight another day in a 106-105 win that was nothing short of a classic. The market closed with Toronto spotting a point to Golden State and thus created a push.

How the Public is Betting Game Six

Presently, 59% of the betting public fancy the Raptors with the points. Golden State opened as a four-point favorite but as a result of this initial lean, the market descended by half of a point to where 5Dimes priced Warriors are priced at -3.5.

The Raptors have now won three consecutive games at the Oracle Arena dating back to the regular season. In all three of these victories in Oakland, the Raptors were priced as a mid-range underdog (+7.5 in the regular season match and +4 and +5 in Games Three and Four) and thus produced outright upsets in all three scenarios. As a whole, the Raptors are 4-0 ATS in the last four contests at Golden State.

Kevin Durant made a heroic return to the line-up in Game Five but unfortunately he did not last long as he left the game in the Second Quarter due to aggravating his right calf strain. According to several sources, KD has suffered an Achilles injury and the severity of which is still waiting to be determined. This puts a very dark shadow over his availability for Game Six and Game Seven should the Warriors force it. Warriors Center Kevon Looney also aggravated a chest injury he is battling in Game Five and thus exited the game in the Fourth Quarter. However, Looney is optimistic in being available to help his team in Game Six.

At this point, the premise is simple for Golden State it is win or go home. Should the Warriors survive Game Six they will be back in the Great White North on Sunday for Game Seven for the climatic conclusion of the NBA Finals.

Can Toronto Find Points In The Paint To Wrap Up Title Bid?

In Game Five, Toronto, who handed us the L, found a definitive edge over Golden State concerning points in the paint. The Raptors outscored the Warriors 54-32 in this capacity and will look to hone a similar approach in Game Six if it looks to stage an upset and wrap up their first ever NBA Championship. To complement this physical style of play, Toronto also out-rebounded Golden State on the glass 43-37. This will be another key area of focus for the Raptors in generating pivotal second chances down-low to bolster their interior game.

Can Golden State Outshoot The Raptors From Three-Point Range?

Over the span of this series and the playoffs for that matter, myself and many others have heralded in the shooting aptitude of this Golden State team as they have been dubbed by many as the greatest shooting team in NBA history. From three-point range in particular, the Warriors are masterful in this capacity and are spearheaded by two marksmen who need no introduction when it comes to launching the trey: Steph Curry and Klay Thompson. In Game Five, the Warriors three-point efficiency was instrumental in helping them defeat the Raptors in the rugged Great White North. Golden State outshot Toronto by a margin of a 47.6% to 25% from beyond the arc. Undoubtedly, this will be the Warriors’ calling card in Game Six and should they find similar success in their stroke yet again, Golden State will have no trouble forcing a Game Seven.

This will be the last game that Golden State plays in the Oracle Arena before they move to their new home in San Francisco for the 2019-20 season. The stage is set for a building that has been integral in the Warriors dynasty to feature one more historic contest before the doors shut for the final time. Toronto had an opportunity to put Golden State away in Game Five and let it slip. This was undoubtedly a costly mistake for the Raptors who may have left the Warriors just enough life to find a second wind and claw their way back into this series. Will Toronto stop the three-peat? Perhaps. However, it will have to wait until Game Seven. Golden State closes out their residence in “The O” with a bang and they will dominate the Raptors in Game Six. I have the Warriors winning this game by double-digits possibly and thus will be glad to take the W’s at -3.5.