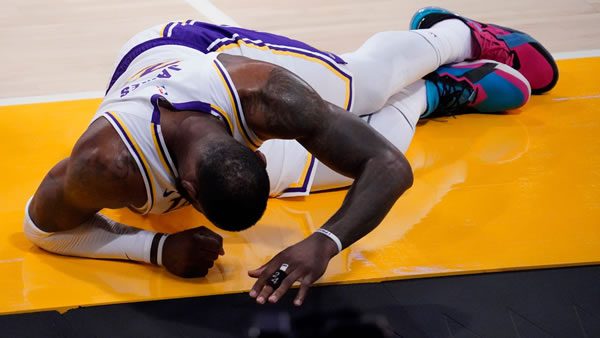 The Portland Trail Blazers enter this game with a 13-21 record, making them 12th in the Western Conference, and now sit 1.5 games out of the play-in tournament. Portland is currently riding a three-game losing streak, including their loss last time on the floor against the Jazz in a 120-105 final. Between injuries and a recent surge of players on the Covid list, the Trail Blazers are quickly falling behind in the West. Part of Portland’s success earlier in the year was their dominant home play, where they were near perfect at 10-1 in their first 11 home games. Since then, the team is now 11-9 at home and hasn’t had a home win since the end of November. Portland is led in scoring by Damian Lillard, who is averaging 24.2 PPG this season. As a team, the Trail Blazers sit 13th offensively, averaging 108.3 PPG. Defensively, they sit 26th, allowing 111.9 PPG.

The Los Angeles Lakers go into their matchup against the Trail Blazers with a 17-19 record and sit 7th in the Western Conference. After a three-game win streak earlier this month, the Lakers have dropped six of their last seven games, with their only win coming over a subpar Rockets team. While LeBron is playing up to MVP standards, it hasn’t been enough to get wins. With Anthony Davis still out with a knee injury and Russell Westbrook continuing to turn over the ball in droves, the Lakers’ slump may last into the new year. The Lakers are led by Lebron in scoring with 28.0 PPG. Los Angeles sits just outside the top 10 offensively with the 11th best scoring offense with 110.3 PPG. Defensively, the team has struggled this season, sitting 27th in scoring defense, allowing 112.4 PPG.

This West Coast showdown features two teams that have different styles of play and pace. The Portland Trail Blazers sit 19th for pace, though while on the road, they play as the 5th slowest team. The major contributor to Portland’s slower play is their lack of talent on the floor due to injuries. Essentially, Portland tries to keep themselves in games by slowing down the pace and trying to play keep away. With centers Nurkic and Zeller out, the Trail Blazers are missing key parts to their interior offense, as well as the defensive intensity both players bring to the team. The Lakers are the fastest-paced team this season due to their turnover issues. Los Angeles remains in the bottom five teams for turnovers as they give the ball away 15.9 times per game. Typically, I give the nod to the opposing team for this reason, but Portland struggles on the road this year with turnovers as well. Giving up 14.6 turnovers per game, the Lakers will have an opportunity to get back most of the possessions they give up in this one.

Portland on the Road

While Portland has struggled at home this month, this season has been a nightmare on the road. The Trail Blazers have a 2-12 record on the road, as they score eight fewer points per game and give up four more points defensively when playing away from Moda Center. Portland hasn’t been unable to keep games close for bettors either, as they are 3-11 ATS on the road as well. While the Lakers aren’t a dominant home team this season, the recent trends of the Trail Blazers and their lack of defense on the road this season have me leaning the Lakers way in this one.

Despite a losing record, LeBron James is putting up MVP numbers but hasn’t really been in the conversation due to where his team sits. While 28.0 PPG is an impressive average for the season, James has had six straight 30-point games and nine total this month. With holes in their offense due to underperformance and injuries, it only makes sense that they ride the hot hand of LeBron until he goes cold or gets help from his peers. In his matchups with Portland over the years, LeBron has averaged a stat line of 28/9/7 in 35 total games against them. With his downhill explosiveness against a Portland team missing their key paint players, LeBron will more than likely have a size advantage all night and have another vintage game to keep his 30-point streak going. Given that the Trail Blazers give up 114.3 PPG on the road and allow a 49.2% from the floor, which is the worst in the league, we may see some Lakers who have struggled this season get back on track as well.

Tonight is the second time these teams face this season, with the first game back in the first week of November. The first matchup ended in a 105-90 final in favor of Portland. Looking back at the last few seasons, the Trail Blazers have dominated. They have won four of their last five games against the Lakers, including two straight.

How the Public is Betting the Trail Blazers vs. Lakers

63% are betting the Lakers against the spread.

This Western Conference matchup features two teams having below-average seasons. Portland comes in losers of three straight, and the Lakers have lost six of their last seven. With the Trail Blazers on the road where they’ve been atrocious this season and LeBron shooting the lights out despite struggling with turnovers, the Lakers are the lesser of two evils in this game. Take the Los Angeles Lakers to cover the spread. Note: See all the reasons why a giant portion of our readers bet on games at Bovada Sportsbook!