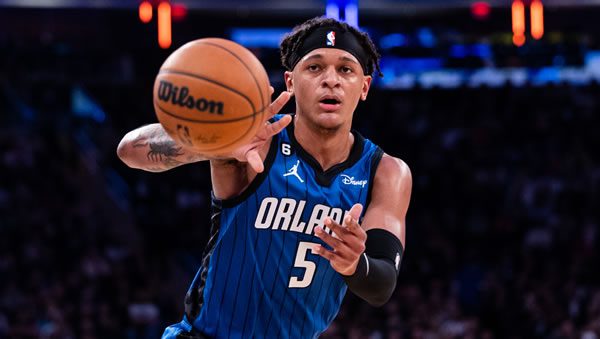 Heading into the game, Los Angeles is 13-20 overall. When taking to the road, Los Angeles has a mark of 5-12 and a win percentage of 29%. Currently, the team is 13th in the Western Conference. So far, they are 12-19-2 vs. the spread. Los Angeles travels to take on the Magic, hoping to avoid their 5th straight loss.

In their last outing, Los Angeles was unable to come away with a win against the Mavericks, losing by a score of 124-115. LeBron James led the team with 38 points, but it was not enough to overcome their status as 7-point underdogs. The Lakers also ended up with an ATS loss in the game.

Orlando is 13-21 overall on the campaign. When playing at home, Orlando has a mark of 9-9 and a win percentage of 50%. Currently, the team is 13th in the Eastern Conference. So far, they are 19-14-1 vs. the spread. Orlando will look to stay hot in today’s game vs. Los Angeles as they are the winners of 2 straight games.

In their preceding game, the Magic overpowered the Spurs, earning a 133-113 win as 6-point favorites. Cole Anthony led the way for the Magic, putting up 23 points on 80.0% shooting. The Magic not only secured the victory but also covered the spread.

In last year’s two head-to-head meetings, the Lakers came out on top in both games. Los Angeles won by scores of 106-94 and 116-106. Similar to their season-long average, the Lakers averaged 111.0 points per game vs. the Magic. Similar to the Lakers, the Magic scored at a rate near the league average. In their games vs. Los Angeles, the team averaged 99.5 points per game. Across the previous five head-to-head meetings between the teams, both Los Angeles and Orlando have an ATS record of 2-2-1. The Lakers hold the edge in average point differential at +8 points per game. In these matchups, the teams have put together an over-under mark of 3-2. Combined, they averaged 212 points in these games.

This season, Los Angeles is among the league leaders in scoring, averaging 115.7 points per game. So far, the Lakers are also one of the more up-tempo teams in the league, sitting at 102.5 possessions per game. Los Angeles has struggled with their 3-point shot this season, as they are currently ranked just 26th in 3-point shooting percentage at 33.5%. In addition, they are near the bottom of the league in attempts, at just 30.3 attempts per contest. The scoring defense has been a struggle for Los Angeles, as they currently allow 115.15 points per game. In terms of their 3-point defense, opposing teams have hit 35.38% of their looks from deep, placing the Lakers 18th in the NBA.

Heading into today’s game, Los Angeles will be needing a strong offensive effort from LeBron James and the team’s supporting cast as Anthony Davis won’t be available vs. Orlando. So far, Davis is averaging 27.4 points per game. James leads the Lakers at 27.8 points per contest.

This season, Orlando is averaging just 110.3 points per game, which places them 27th in the league. A major reason for these low numbers is the fact that they play at one of the slower paces in the NBA, at just 98.4 possessions per game. Orlando comes into the game ranked just 24th in 3-point attempts per game. So far, they have connected on 34.8% of their shots from deep, which places them 25th in the NBA. On defense, the Magic allow an average of 112.23 points per game, placing them 20th in the league. So far, teams have shot 36.62% on their looks from outside vs. Orlando. This figure places them 27th in 3-point shooting defense.

Going into today’s game, Franz Wagner is the leading scorer for the Orlando team, with an average of 19.8 points per game. This season, his field goal percentage is 47.8%. The team’s second top scorer is Paolo Banchero, who is averaging 21.7 points per game.

The Orlando Magic have won eight of their last nine games and are RED HOT! The Lakers have dropped four games in a row and are struggling without Anthony Davis. Lay the points with the Magic! Note: Check out this incredible offer! Deposit $100 to $300 and get a MASSIVE 125% real cash bonus PLUS get a FREE HALF POINT everytime you bet your favorite NFL, college football, NBA and college basketball team! All you have to do is use bonus promo code PREDICTEM when you sign up at GTBets Sportsbook! They have a cool player loyalty rewards program too!