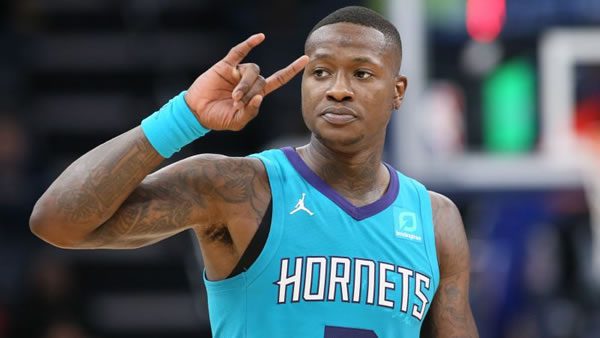 In their previous game, the Warriors took down the Heat by a score of 123-110. Not only did
they come away with a straight-up win, but they also covered the spread as 6-point favorites.
This includes outscoring the Heat in every quarter. In the win, Stephen Curry led the team in
scoring with 33 points on a field goal percentage of 59.1%.

So far, the Hornets have put together an overall record of 2-3 while going 3-2-0 vs the
spread. Against the Warriors, the Hornets are looking to break out of 2 game losing streak. These
defeats have come on an average scoring differential of 11.5 points per contest.

The Hornets are coming off a disappointing 113-93 loss to the Magic. Going into the game, they
were favored to win by 1 point. In the loss, Charlotte got off to a slow start, trailing by 21
points going into halftime. Leading the team in scoring was Gordon Hayward, as he contributed 18
points while hitting 54.5% of his shots.

In last season’s head-to-head matchups, the teams split the season series. In these games,
each team won on their home floor. Similar to their season-long average, the Warriors averaged
108.0 points per game vs the Hornets. While the Warriors were able to maintain their usual level
of production against Charlotte, the Hornets averaged fewer points per game in the series, at
99.0. Spanning across the last 5 head-to-head matchups, the the Warriors and Hornets have been
competitive, with an average margin of victory sitting at just 2 points per game. This has
resulted in a 3-2 ATS record for Charlotte. In these contests, they averaged a combined 212
points per game, leading to an over-under mark of 1-4.

For the season, the Golden State offense is the 1st ranked unit in the NBA, at 120.8 points
per contest. The Warriors come into the game as one of the league’s better 3-point shooting
teams, connecting at a rate of 14.6 made 3’s per game. One area that the Golden State offense
will continue to rely on is their ability to get to the free-throw line. So far, they are the
11th-ranked unit in made free-throw per game.

On the defensive end of the floor, the Warriors are giving up an average of 105.46 points per
game, good for 3rd in the NBA.

Leading scorer Stephen Curry will need to be on top of his game vs the Hornets, as they were
on the NBA’s top teams at limiting the scoring of opposing point-guards.

Charlotte will look to continue with their strong offensive play, as they are averaging 118.2
points per game (7th). In terms of pace, the Hornets are on the top units in the NBA, averaging
103.6 possessions per game. Thus far, the team’s faced paced style of play has helped their
overall numbers as they are currently the 4th team in made field goals per contest.

Against the Warriors, the Hornets will need a stronger defensive effort as they are ranked
just 25th in points allowed.

Gordon Hayward could be in line for a big game vs the Warriors as they were one of the worst
units at defending small-forwards in the 2021-2022 regular season.

Sure these two teams don’t play a lot, but a live trend has the home team winning and covering the last five meetings. The scheduling highly favors the Warriors, but Rozier may be back for this, and with a line nearly double digits, the value is with the home side.