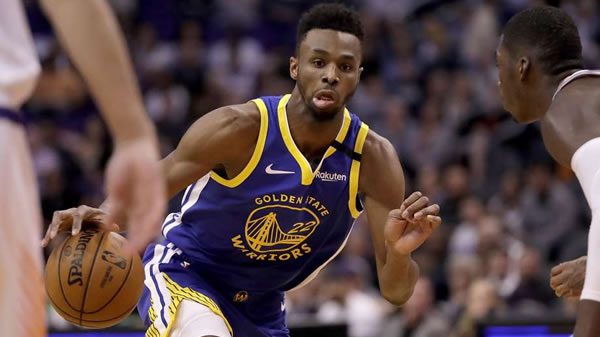 The Golden State Warriors head into this game with a 27-7 record, tied with the Suns for the best record in the NBA. The Warriors have had one of the better months in the league, winning nine games and losing just four. One of their rare losses came last time on the floor against the Nuggets at home. The Warriors managed only to score 86 points, which is a season-low to this point. While the starters had an average night, it was the bench who failed to step up when needed with just 15 points across five bench players. The Warriors will have an opportunity to avenge themselves as they travel to Denver for a rematch from two nights ago. The Warriors are led by Steph Curry, who is averaging 27.7 PPG this season. As a team, Golden State has slid from being one of the top offenses in the league to 7th, as they average 110.9 PPG. Golden State remains the best defensive scoring team, though, as they average 100.9 PPG.

The Denver Nuggets enter this game with a 17-16 record and sit 5th in the Western Conference. This month hasn’t been phenomenal for the Nuggets as they have won 7 of their 13 games in December. The team is riding a two-game win streak, though, as they got back above a .500 record with wins over the Clippers and Warriors. The team has managed to stay afloat as they’ve dealt with injuries and Covid absences but will be without Michael Porter Jr. for the rest of the season and still await the return of a healthy Jamal Murray. Nikola Jokic is having himself another MVP-caliber season, averaging a stat line of 26-14-7. Denver sits 23rd offensively as they average 105.8 PPG. Defensively they’ve fared better, with the 9th best scoring defense as they allow 106.0 PPG.

Last Game Was an Anomaly

Often enough in an NBA season, two teams play each other back-to-back giving the opportunity to the team that won the first time to sweep a “miniseries”. Denver being the team that won last time, will have a tough time beating arguably the best team in the league two times in a row. In Tuesday’s game, we saw some uncharacteristic stats from a Warriors team that has been lights out offensively. One being a season-low 86 points scored as they shot 42% from a field, a full 5% below their season average. Another struggle in this game was the young stars coming off the bench, who contributed just 15 points to the team. The last stat worth mentioning was their poor effort from the free-throw line, where they converted just 51.6% of their trips. Hindsight is always 20/20 but leaving 15 points off the board at the charity strike in a 3-point game is less than ideal. Golden State has yet to lose two games back-to-back this season, and I don’t see the Nuggets being the team to break that streak. The Warriors will fix their offensive miscues from Tuesday as they head to a “shooter friendly” Denver.

Warriors on the Road

Golden State has proven to be one of the better road teams this season with an 11-4 road record. From a bettor’s perspective, the Warriors have managed to cover often in games where they’ve been a road favorite, just as they are again in tonight’s game. Overall, the Warriors are 7-3 ATS in their last ten games and are 8-6-1 ATS on the road this season. Usually, the Warriors have a tough spread to cover, but a 4-point spread in this game will be more reasonable for them to beat.

Despite an overall winning record, the Nuggets have struggled at home with an 8-6 record, having one more win on the road thus far. When covering the spread, the Nuggets are 6-8-0 at home and 1-5 ATS in their last six home games. In an arena that is considered to be one of the best home advantage courts in the league, the Nuggets haven’t used it to their advantage this year as much as they’d like to. In fact, visiting teams do quite well as they average 46.3% from the floor, which is 19th in the league for defensive shooting allowed by Denver. Stealing a win at Golden State on Tuesday was a step in the right direction for this team, but the Warriors are the best at bouncing back this season.

As mentioned above, these teams faced off just a few days ago in their first matchup of the season in an 89-86 final in favor of the Nuggets. Looking back at the last few seasons, the series is dead even at 3-3 over their last six games.

How the Public is Betting the Warriors vs. Nuggets

70% are betting the Warriors against the spread.

This Western Conference matchup features two teams at different ends of the standings. The Warriors come off a rare loss on Tuesday, and the Nuggets look to improve on their two-game win streak. While Denver is typically a tough place for teams to come in and win, this season has proven to be more friendly to opposing shooters. The Warriors have yet to lose back-to-back games this season and will get back on track with a big win in Denver. Take the Golden State Warriors to cover the 4-point spread. Bet your GS/Den pick and ALL your NBA bets for FREE this week by taking advantage of the biggest sportsbook bonus offer on the web: Deposit $100 to $1000 and get matched dollar for dollar with a real cash bonus at BetNow Sportsbook!