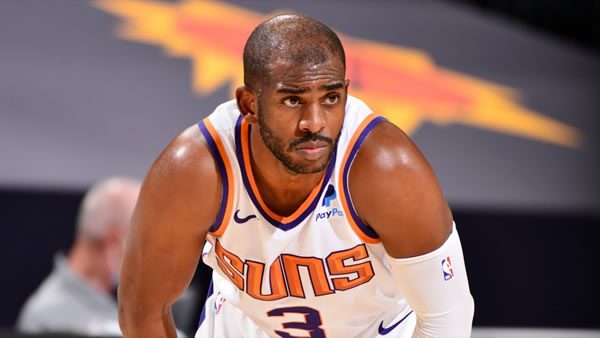 The Wizards enter Thursday with a 15-14 record, having dropped three straight games and six of their last seven. Washington comes off their loss last night in Sacramento, knowing they let the game slip away with a fourth-quarter collapse. After leading by five going into the final quarter, the Wizards were outscored 35-16, losing in a 119-105 final. While still very much in the mix in the east, just two games separate seven teams, meaning if their skid continues, it will take a good stretch of basketball to play catchup. The Washington offense is led by Bradley Beal, who is averaging 22.4 PPG. As a team, the Wizards have the 23rd best offense with 105.7 PPG and sit 17th defensively, allowing 108.0 PPG.

The Suns improved to 22-5 on the season thanks to a 4th quarter comeback to force overtime and steal a win in Portland. After being questionable to take the floor with an illness, Deandre Ayton returned to action and made an immediate impact. Ayton led the team with 28 points in Tuesday’s win and picked up where he left off, controlling the boards with 13 in the game as well. Ayton will need to continue to produce on both ends until they get Booker back next week. After missing his sixth game, a number of Suns players have stepped up to carry the load, as now eight players are averaging double-digit points this season. Phoenix offensively is 8th in the NBA, scoring 110.8 PPG, though separated by just one point from 3rd. The Suns defense is the 6th best scoring defense at 104.8 PPG. The team’s 6.0-point differential is also 3rd best in the NBA.

Though still the 6th fastest team for pace, the Phoenix Suns have found success the past few weeks by slowing the game down without their leading scorer Devin Booker. With Ayton back in the lineup, the team will look to run more of the offense through him as he slows the game down but still is a major contributor to the offense by dominating in the paint. Washington is also a team who likes to slow the game down, especially on the road, where they’re the third slowest team at 99.5 possessions a game. After Russell Westbrook relocated to the Lakers, the team is back to playing the game as it suits them better. With Phoenix outside the top 10 for first-half points per game, to keep the game under control, I see them feeding Ayton as much as possible to give them high percentage looks and give themselves second chance opportunities as well.

Phoenix Wakes Up in 2nd Half

While the Suns are one of the top-scoring offenses in the league, it usually takes them until the later part of the game to find their groove and knock down shots more efficiently. Compared to a first-half 12th best mark, the Suns are 4th best in the league in the second half, where they keep a team within reach in the third before turning on the jets in the fourth with 27.8 points per game. If able to hold a lead going into the final quarter, it would force Washington to play out of character and try to speed up their possessions to spark a run, leading to shots out of rhythm and an opportunity for Phoenix to build their lead.

When it comes to taking care of the ball, both teams are neck and neck. Phoenix is 9th best in the league at 13.6 turnovers a game, and Washington is right behind them at 10th with 13.7. In recent games, each team has done better than their average, and I see them continuing that trend on Thursday. A stat that makes the Suns’ low turnover rate that much more impressive is that they are one of the top assisting teams in the league. Moving the ball as much as the Suns do could lead to turnovers left and right if everyone isn’t on the same page, yet that isn’t an issue for them. Further proving that the Suns are a better passing team, at home, they average over two assists to every turnover, which is the 4th best mark in the NBA. Again, with Ayton back in the lineup, the team should have even fewer turnovers getting the ball to him in the paint versus moving the ball on the perimeter.

Thursday’s game will be their first meeting this season. The last two seasons, the Suns and Wizards split the series. In their last matchup in April, the Suns won in a 134-106 final.

How the Public is Betting the Wizards vs. Suns

74% are betting the Suns against the spread.

This matchup features two teams on different ends of their conferences, with the road team Wizards struggling to find their groove again. Though the Suns don’t look as phenomenal as they did two weeks ago, they are winners of three of their last four and are prepped for another solid run with six of their next seven games at home. With the Wizards offensive struggles and the Suns’ ability to run away with games in the final quarter, I suggest taking the Suns to cover the 8.5-point spread in this one. Bet your NBA picks for FREE this week by taking advantage of a 100% REAL CASH bonus on your first deposit of $100 to $1000 at Betnow Sportsbook!