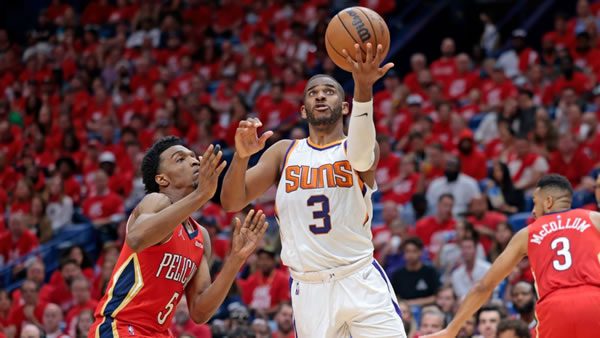 Heading into the game, Washington is 11-20 overall. When taking to the road, Washington has a mark of 3-13 and a win percentage of 19%. Currently, the team is 12th in the Eastern Conference. So far, they are 11-19-1 vs. the spread. Washington travels to take on the Suns, hoping to avoid their 11th straight loss.

Washington will be looking to shake off a 119-117 loss to the Lakers. Bradley Beal finished the game with a team-high 29 points on 52.9%. In terms of betting, the Wizards covered the spread. Heading into the game, they were 3-point underdogs.

on the campaign, Phoenix is 19-12 overall. When playing at home, Phoenix has a mark of 14-3 and a win percentage of 82%. Currently, the team is 3rd in the Western Conference. So far, they are 16-13-2 vs. the spread. Phoenix will look to stay hot in today’s game vs. Washington as they are the winners of 3 straight games.

In their last game, Phoenix defeated the Lakers (130-104) as 11-point favorites. Chris Paul led the team with 28 points on 50.0% shooting. The Suns also covered the spread with the victory.

The Suns will look to carry over last year’s success vs. Washington, as they won both games of the series. The average point total of these two meetings was 207.0, with Phoenix winning by scores of 118-98 and 98-80. Last year, the Wizards saw a drop in overall scoring when playing the Suns, averaging 89.0 points per game. Like the Wizards, the Suns scored at a rate below their season average, finishing with 106.5 points per game vs. Washington. The ATS record across the previous five head-to-head meetings is 4-1 in favor of the Suns. In these matchups, Phoenix has averaged 115 points per game while allowing 104. The over-under record in these same games is 4-1, with the teams combining for an average of 219 points per game.

Coming into the game, Washington’s offense is ranked just 25th in scoring at 110.6 points per game. This has come while being the 18th-ranked unit in pace. So far, the Wizards are averaging 99.0 possessions per contest. Washington comes into the game ranked just 21st in 3-point attempts per game. So far, they have connected on 34.5% of their shots from deep, which places them 24th in the NBA. On defense, the Wizards are allowing an average of 112.0 points per game, placing them 16th in the league. So far, teams have shot 35.92% on their looks from outside vs. Washington. This figure places them 21st in 3-point shooting defense.

Kristaps Porzingis is the top scorer for Washington, averaging 22.4 points per game. This season, his field goal percentage is 47.5%. The team’s second-leading scorer is Kyle Kuzma, with an average of 21.3 points per game.

This year, Phoenix is the 24th-ranked scoring unit in the NBA at 115.8 points per game. Their strong production has come despite being one of the slower-paced teams in the NBA at just 97.7 possessions per game. Phoenix’s offensive attack has benefited from some hot shooting from outside. Not only are they among the league leaders in 3-pointers attempted per game, but they are 6th in 3-point shooting percentage at 37.8%. Defensively, the Suns have been one of the best units in the NBA, allowing just 107.33 points per game. So far, they have done an excellent job defending the 3-point arc, allowing teams to hit just 33.88%.

A significant injury to take into account for today’s game is that Devin Booker will be missing from Phoenix’s lineup, as reported on the injury report. Mikal Bridges will need to assume the role of primary scorer for the team. This season, Bridges has been averaging 16.3 points per game for the Suns.

I love the Suns tonight! They could feasibly win this game by 20 points against a Wizards team that really just wants to get back home after a miserable road trip. Bet your NBA picks for FREE this week by scoring a 100% real cash bonus up to $300 when you use promo code PREDICT100 at MyBookie Sportsbook!