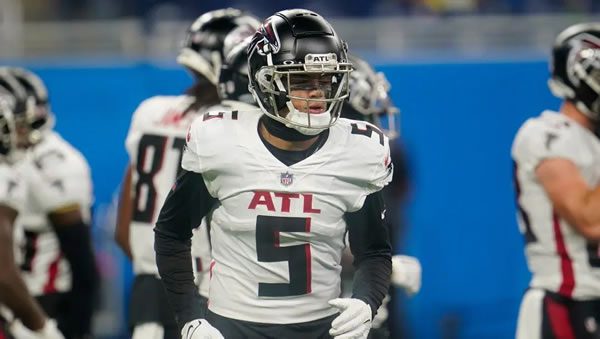 Point Spread: ARI +3.5/ATL -3.5 (Bovada – A MUST HAVE in your sports betting arsenal if live bet games! Their platform is off the rails smooth and seamless!)

The Arizona Cardinals come to Mercedes Benz Stadium for a Week 17 NFC showdown with the Atlanta Falcons on Sunday. Things haven’t gone as well as either team was hoping for this year, with Atlanta being 5-10 and Arizona in even worse shape at 4-11. Neither team had a good time of it last week, with the Falcons taking a 17-9 loss to the Ravens, while the Cardinals came out on the wrong side of a 19-16 home game to Tampa. Who can shake off a rough patch and show up on Sunday to get us the cover in Atlanta?

Who is in Better Shape?

It’s a tricky equation. Arizona might have more overall offensive firepower with James Conner at running back and a talented receiver corps featuring DeAndre Hopkins, Marquise Brown, and other up-and-comers. But they’re now three-deep at quarterback, assuming Colt McCoy doesn’t start, and even if he does, they don’t have what it takes at the QB position to bring the most out of this unit. It was going sideways even with Kyler Murray in there, and now it has really become a dysfunctional group.

Atlanta isn’t gifted with the same talent on offense, but them playing Desmond Ridder is optional. They have all their weapons, with a decent 1-2 punch at running back with Cordarrelle Patterson and Tyler Allgeier and a good rookie receiver with whom Ridder works well with in Drake London. We’re still talking about an offense that put up 9 points last week, which followed a three-week stretch where they didn’t surpass 16 points in scoring. So while they might be more intact overall, they’re one of the few offenses in the league right now who might not be able to pounce on Arizona’s decrepit state as they go into week 17.

When two teams are mired in late-season slumps where hope was lost long ago, gauging morale might be key. It’s hard to say Arizona hasn’t landed in this spot with more of a thud. They very well may have been a team who knew they had things to overcome but having flirted with success the last few seasons, hopes were still high, while the Falcons were perhaps more prepared for the eventual position in which they landed. With five straight losses, a dire personnel situation, and a head coach likely down to his last few weeks, it’s unclear what you can count on with the Cardinals besides maybe some professional pride and players not looking to put forward unflattering footage on themselves.

With four straight losses, the Falcons aren’t in a position to depend on Arizona’s recent failings. But with a slew of one-score games and seeing at least minor signs of Desmond Ridder gaining more of an aerial acuity, there is some hope and a young rookie who is at least working on some things. In contrast, Arizona is just patching things together to get to the finish line. With the state of Arizona’s pass defense, this is a spot for Ridder to see if the recent improvements can stick. Between that, some plays from Patterson, and a nice run-game, Atlanta will, at the very least, be seeing one of the better matchups they’ve seen at home this season.

Opposing offenses can really go to work on an Atlanta defense that has been exploitable across most areas for most of the season. You’d think they get a little pass for that this week against an Arizona offense that hasn’t seen things click for a while. In addition, the Atlanta “D” hasn’t been so awful, allowing 21 or fewer points in their last four games. At home, you’d think this wouldn’t be a spot where they completely fall apart. With what Arizona has been coming to the table with lately, one could see this Atlanta “D” holding it together decently.

Any Silver Lining for Cardinals?

Even if the Cardinals struggle to bring out their offensive firepower, they do, in fact, have it—a running back who can do damage aerially in Conner, along with dangerous receiving talent with Hopkins, Brown, and Dortch. They’re missing a lot of pieces and haven’t been able to get it together lately, but even if it hasn’t come off lately, they do have the horses to do damage against an Atlanta defense that is exploitable. Both Trace McSorley or Colt McCoy are still looking to make a good impression.

What to Expect on Sunday

This game has the look of a lower-scoring affair, with even the 41-point total looking a tad ambitious. And while Conner is a definite weapon, I wonder if the Falcons aren’t a little more suited to a low-scoring game where running the ball is the name of the game. Arizona’s QB issues have taken a huge bite out of their aerial upside. This could end up becoming a game dominated by the run game. With Ridder, Patterson, and Allgeier, it’s something that could work, with the Falcons hoping they run into less resistance than they did in their last two games against the Saints and Ravens.

Again, to say the Falcons look half-dead on the heels of four straight games might not be out-of-line. I elect to think the closeness of recent games, them being at home, and facing a team that spent the whole season descending to the level of one of the worst teams in the league sets up for a good spot. With their run game, some improved passing from Ridder, and a few big plays on defense, I see the Falcons getting it done on Sunday and covering the spread. I’ll take the Falcons on Sunday.

Loot’s Prediction to Cover the Point Spread: I’m betting on the Atlanta Falcons minus 3.5 points. Kick 2023 off right with free bowl game and Week 17 NFL bets! Deposit $100 to $300 and use promo code PREDICT100 and you’ll receive a massive 100% real cash bonus at MyBookie Sportsbook!