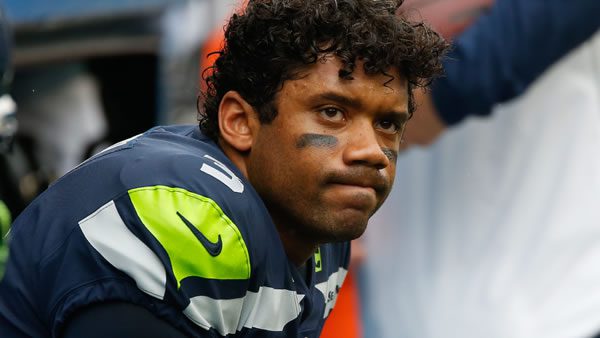 Point Spread: ARI -3/SEA +3 (Betanysports - Did you know you can bet on games at -105 odds here instead of the more expensive -110 option you’re curently wasting your money on? Bet smarter!)

The Arizona Cardinals take on the Seattle Seahawks in NFC West action from Lumen Field on Sunday. Neither team had a good time of it last week. Without Kyler Murray for a second straight week, the Cardinals were easy pickings for the visiting Panthers on Sunday, absorbing an ugly 34-10 loss. Things didn’t go much better for a Seattle team with Russell Wilson back in the fold, absorbing an awful 17-0 loss in Lambeau. They hope to get that one bad game out of the way before getting on a little spurt as they hope to salvage the season.

Are the Seahawks Cooked?

Even with the extra game on the schedule, a 3-6 record is going to be hard to spin out of for the Seahawks. Things haven’t worked out, with injuries and a receding defense cited as main reasons the Seahawks weren’t able to follow through after a good 2020 season. Not having Wilson is pretty much the death knell for this squad. So him missing action has left them in a position from which they might not be able to recover.

A win over the Jaguars was the only success the Seahawks have been able to find since a 2-2 start to the season. Their receiver crew may be the only area that hasn’t been compromised by injuries at some point this season. And getting shut out by Green Bay on Sunday doesn’t exactly point to the possibility that they can do an about-face with Wilson back in the fold, along with some other bodies getting healthy. Despite two good receivers, they are near the bottom in passing offense. Their run-game is rendered mediocre with constant injuries and a familiar story of an offensive line that isn’t great.

As is usually the case, there is a flip side to the coin. One is that Wilson getting a game behind him after missing some time might set up well for him to start playing well now. Being at home against a familiar division opponent could give way to them looking more like themselves. And since we’ve seen the Seattle defense do an about-face before, it’s worth noting that the Seahawks have allowed just a combined 37 points in their last three games. Last season, we saw a laughable “D” suddenly shift into a good one in midseason. Could we be seeing another metamorphosis?

What’s Up with the Cardinals?

After seeing their formula for success without Kyler Murray’s work against the Niners the previous week, the Cardinals had no such luck on Sunday, with a result few expected in a 24-point loss to a Panthers team at home that hadn’t been in very top form. At 8-2, it’s not time to sound the panic alarm. And their recent failings can directly be tied to personnel issues where they should be getting some relief. In other words, we don’t judge teams based on how they do in two-game windows without their starting quarterback.

You have to wonder about Murray, however. Is keeping him out a case of head coach Kliff Kingsbury being cautious with some margin for error to work with? Does a larger problem exist? It’s just that in the last two weeks, signs seemed to point earlier in the week for Murray starting only for him to sit out both games. If forced to ask most close observers what they think of this week, I project that most would assume we see him back in there. But even if we do, are they going to pick up where they left off? Or are we going to start to see a rising contender struggle to regain its footing in the light of injuries?

Having that number “7” on your loss column in the NFL is something teams like to avoid, as it begins to strongly suggest that this season is not a successful one. I’d expect some urgency at home to register for a team that has gone on runs before and needs to get on one now in the worst way. If looking for a candidate for a team that has been struggling to jump up this week, why not Russell Wilson at home, who might be getting RB Chris Carson back to go along with all his other weapons? At home, I’d expect something better this week.

And even if Murray gets back in there, we could see some of the same rust that plagued Wilson last week. It’s not automatic that the Arizona offense seamlessly goes back to the team we saw earlier in the season. They’re missing Chase Edmonds at running back, and we’ll see if James Conner and Eno Benjamin can keep that part of their game clicking. DeAndre Hopkins missed the last game, and there are enough signs that point to the possibility that the Arizona offense might need a little time to dial in their winning recipe.

Granted, the prospects of Murray returning to a team coming off an embarrassing loss and now looking to atone for that could be too much for a Seattle team that never really looked themselves this season for any length of time. I just sense that Seattle is due to at least see some success. With a defense that has been trying to pick up the slack and a more game-ready Wilson at home, I see the Seahawks keeping this one in the ballpark on Sunday and covering the spread. I’ll take Seattle.

Loot’s Prediction to Cover the Point Spread: I’m betting on the Seattle Seahawks plus 3 points. Bet your Cardinals vs. Seahawks pick and ALL your week 11 NFL predictions for FREE by taking advantage of a 100% REAL CASH bonus on your first deposit of $100 to $300 at MyBookie Sportsbook! (Must use bonus code PREDICT100 in order to qualify for the special bonus). Click here to sign up now!