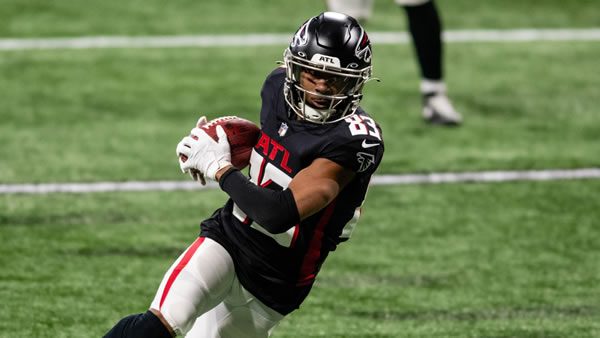 The hype around Cam Newton lasted about two weeks for Carolina Panthers’ fans before reality brought everyone back to level ground. In Newton’s 2nd start in week 12, the former franchise quarterback hit just 5 of 21 passing for 92 yards with one touchdown and two interceptions in a blowout loss to the Miami Dolphins by a final score of 33-10. The performance was a perfect reminder that Newton is well beyond his prime and that the Panthers quarterback issues will not be solved in the near future. On Sunday, Newton and the Panthers return following a week 13 bye to face the Atlanta Falcons inside Bank of America Stadium.

Fortunately for Panthers’ fans, Atlanta is experiencing similar struggles. The Falcons have dropped three of their last four games while averaging less than 9 points per game during that stretch. QB Matt Ryan is having one of the worst seasons of his career due to a horrendous offensive line, and Atlanta has been desperately searching for playmakers, which has been decimated from Julio Jones offseason departure combined with WR Calvin Ridley’s in-season departure. Ultimately, the Falcons have been left with more questions than answers despite finding some solace in WR/RB Cordarrelle Patterson, who has been the biggest playmaker throughout the season. The Falcons have won 9 of the last 12 over the Panthers, but they will be 3 point underdogs for their road trip to Charlotte on Sunday.

The key to victory for both teams will be finding some type of consistent success on the offensive side of the football. While I believe Cam Newton is relatively awful at this stage in his career, the Falcons defense should provide some chances. WR DJ Moore delivered a 64-yard bomb which set up the Panthers only touchdown against Miami. Newton will have to take advantage of every opportunity this week, especially with RB Christian McCaffrey officially on the shelf for the remainder of the season. I would not be surprised if RB Chubba Hubbard becomes more of a focal point this week, but I don’t see the Panthers being able to ride the run game solely to victory.

Barring a collapse by the Atlanta defense, which is never entirely out of the equation, I believe Atlanta is more dangerous on the offensive side of the ball, especially with Patterson back to a healthy status. Patterson was held to virtually nothing in the Falcons 1st meeting against Carolina back in week 8, and Matt Ryan had a pathetic performance as well, which featured two interceptions in the 19-13 loss. Head Coach Arthur Smith has done a better job of getting the ball in the hands of their best players in recent weeks and finding creative ways to accomplish that task. If that continues, I believe Patterson and TE Kyle Pitts are potential breakout spots. It’s not going to take many plays to win this game, but I think Atlanta will be best suited to get the job done.

Jay’s Pick: I like the Falcons in this match-up and would also consider the under 42.5 total. Bet your Falcons vs. Panthers pick and ALL your Week 14 NFL bets for FREE by taking advantage of a 100% REAL CASH bonus on your first deposit of $100 to $1000 at Betnow Sportsbook!