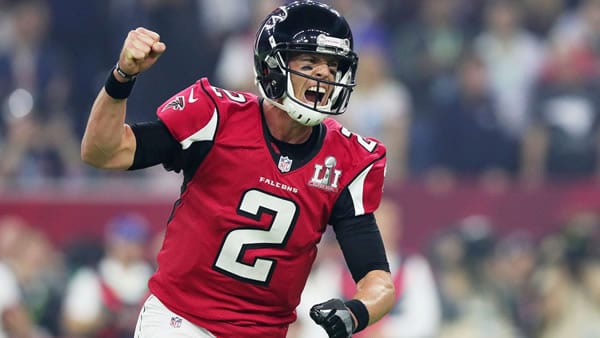 Point Spread: ATL -1/LAC +1 (Best Odds - Laying -105 on your bets instead of -110 will save you thousands of dollars in risk! Why would anybody not want to save big money?)

The Atlanta Falcons come to SoFi Stadium on Sunday for a week 14 faceoff with the Los Angeles Chargers. The Falcons came up short on Sunday, losing 21-16 to the New Orleans Saints. It’s been a hard season, but Atlanta has been pretty decent of late, winning 3 of 5, with their only losses to the NFC South kingpin Saints. They face a long road-trip out of conference against a slip-sliding Chargers team that suffered their worst loss in franchise history last week in this very venue, losing to the Patriots, 45-0. Can they rebound in time for this one? Or will the Falcons continue their mini-surge? Let’s break it down.

Where Do the Bolts Turn?

Suffering your worst-ever loss in franchise history is a damning indictment and a team that should be getting better is getting decidedly worse. With Justin Herbert showing a good arm and putting up some big aerial totals, a good back in Austin Ekeler, and abundant pass-catching talent in Keenan Allen, Mike Williams, Hunter Henry, and others, a shutout should really never occur. For a sub-.500 team to do that to the Chargers on a cross-country road-trip is really a horrible look for a team that is showing waning levels of resistance of late.

Earlier in the season, the Bolts were undermining themselves to the extent where it was costing them wins. The late-game action almost always went against them. Miscues at the most untimely moments undermined wins. But they were at least hanging in there, covering spreads and at least delivering for their backers on some level. Having not covered in six weeks straight heading into this game, we see a Chargers’ team falling short by a considerable margin. And the morale seems to be at an all-time low.

Sunday’s letdown probably should have been it for head coach Anthony Lynn, who might get to the end of the season out of respect. But for the better part of two seasons, he has lost touch. Injuries can be cited as a main reason and they certainly got a bad shake in that department. But when a game comes down the final half-quarter, Lynn and his staff have consistently dialed up the wrong thing. And seeing him irritated on the sideline as the wheels inevitably come off has become a tiresome sight for fans and bettors alike. Let’s face it, when you go 12-4 and then go 8-20, it isn’t going in the right direction.

Traveling to play in the LA sun for an NFC South dome team in mid-December might be a challenge. They’re out of their conference and have faced their own challenges this season. Canning the head coach who took you to your second Super Bowl midseason is a bad sign. But since Romeo Crennel took over in the interim capacity, we’ve seen an Atlanta defense become imminently more-respectable. And they’ve performed well on the road, winning two of their last three, with the Saints being the only one to beat them away from home in recent weeks. And to only struggle in the last five weeks with a team that has now won 8 in a row in New Orleans shows the Falcons to be in better shape than some might assume. With some of these bad teams, people stop paying attention after they go into the tank, which means they can miss little surges that are taking place by season’s end.

Though it hasn’t manifested much in the last few weeks, the Chargers can fire up a deep aerial attack and it’s an area where the Falcons have suffered for much of the season. With the variety of the Chargers’ passing-attack, it shouldn’t be a surprise if Herbert and Company are moving the ball well on Sunday. And Atlanta is even more one-dimensional on offense. Todd Gurley has scored nine TDs, but he hasn’t been able to overhaul the Atlanta run-game. They remain one of the more vital passing-offenses in the NFL, with Julio Jones, Calvin Ridley, Hayden Hurst, Russell Gage, and other contributors. But even as the Chargers’ defense has been pounded by injuries this season, the secondary has held firm and remains a strength of the team.

In a nutshell, these teams are in similar stations overall, at the bottom of the standings just playing out the season. But there are differences. The Bolts are hitting rock-bottom as we speak, getting less and less out of what they have after blowing a slew of games. For Atlanta, the worst of it is in the rearview mirror. If this game happened as Atlanta was playing with a lame-duck coach who had lost the team, it would be a different story. And that’s where the Chargers appear to be heading into week 14. You have one team getting worse taking on a team that has been getting better.

Generally, laying points on a 4-8 team on a cross-country road-trip out of their conference might not sound like a good move. And betting into those terrible one-game windows like what the Chargers had last week also carries its own drawbacks. But it’s not just one game, as the Chargers have been getting less and less on the field, while Atlanta is still engaged, trying to make things happen, and going for it. And while the Chargers may enjoy some matchup advantages that could make this an uphill battle for the Falcons, I just can’t envision an uplifted Chargers’ squad surfacing in this spot. I’ll take the Falcons.

Loot’s Prediction to Cover the Point Spread: I’m betting on the Atlanta Falcons minus one point. Where do you bet on games? Does your bookie offer the best/most user friendly live betting platform on the web? Do they offer a 50% signup bonus up to $250 free? Rebates on ALL your bets; win, lose or draw? Offer Fast hassle-free payouts? The answer is probably NO they don’t. Why settle for less? Bovada Sportsbook is in a class by itself! Start enjoying a better experience today, you deserve it! Click here for a better experience!